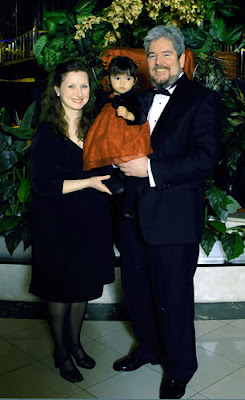 One of many things I notice about being 50 is that it isn't easy being cool. It is easy to look stupid (especially if you are trying to look cool at 50). People just don't think of you as cool once you've been invited to join the AARP.
Actually I think it is impossible to try and look cool at any age. To look cool, you have to be cool first.
I think there are some cool looking old guys. I've always thought Sean Connery was cool (except when he had a ponytail in a couple of movies). Pierce Brosnan is cool. Most of the James Bond dudes stayed cool except for Roger Moore. Maybe it's the tuxedo's they wear. It's hard not to look cool in a nice tuxedo (note I said nice).
Paul Newman used to be cool before he started playing geriatric roles. Robert Redford is kind of cool, though he spent way too much time in the sun (I suppose that is why they had him play the Sundance Kid...ha, ha, ha). Harrison Ford is kind of cool as Indiana Jones, but he needs to lose the stud earring. I have pierced ears, too, but I realize that I would look stupid if I wore an earring at this point in my life. Because I would be trying to look cool.
None of the Rolling Stones are cool, especially Keith Richards. If they weren't famous, they'd be sitting at a bus stop muttering to themselves with urine running down their pantlegs. Nor are any of the other former heavy metal band rockers cool. No one over the age of 28 can pull off being called Slash, Boss or Boner. No one with a ponytail and Birkenstocks is cool. No one wearing a Speedo is cool. No one driving a Porsche, Corvette or Trans Am is cool.
It is hard for a man over 50 to be fashionable and cool because fashion is for the young. If I try to dress GQ or Details, I would look pitiful. Plus they don't make those clothes in middle aged men sizes. And clingy polyester is just wrong for most body types except Rob Thomas. Most of us older guys opt for Aloha shirts because we think they hide our bellies. Deep down I know that Aloha shirts are just maternity wear for middle aged men and they hide nothing. It's more like putting a shower curtain over an elephant.
Each older generation also thinks the younger generation dresses like crap. When we were on our cruise, there were some young 20-somethings walking about with what I thought were 80s throwback looks. One sported a mohawk and the rest had various stages of long stringy hair. One idiot wore a Yoda backpack thing on his back. I essentially wanted to do a General Patton on the kid and dope slap him across the Promenade Deck. But then I saw the older guys in their Speedos, black socks and ponytails walzing around with buckets of beers and I had to stand down.
I guess bad taste is just bad taste.
Posted by Time at 9:31 AM

iridethebus,
I seem to recall Bruce dresses like you.

Clint Eastwood is cool. So is Alan Rickman.

I would also like to thank you for pointing out that no one in a Speedo is cool. I think I need to point that out to R, who keeps threatening to wear one when we get our own yard.

K.
Clint Eastwood is definitely cool. I guess I don't know who Alan Rickman is, but I'll take your word for it.

And R. should know that not only is a Speedo not cool on anyone it is just basically wrong on so many levels.

i left him a bunch of my shirts when i left to spruce him up a bit. did it work?

iridethebus,
Well, they have lost a lot of buttons and he doesn't wear pants. You be the judge.

I dunno abt Redford. It isn't the sun that's his enemy, it's the hair stylist. I find him hard to look at - but Newman? still sexy, cool or not.