To shave, or not to shave (a post about beards, not bards) 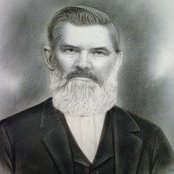 I think I was in Junior High when I shaved for the first time. Not that I needed to, mind you. I probably nicked more pimples than whiskers during that first shave. It just seemed such a rite of passage to me. Having facial hair meant I was a manly man. In retrospect, it just meant I would have to make a decision every day for the rest of my life whether to shave or not to shave.

I have made it very clear in many posts that I am not a fan of repetitive, mundane tasks like making the bed, mowing the lawn or changing my underwear. There is something very Sisyphean about shaving. Once you start, your only choices are to keep shaving or grow a beard. Most of my adult life I have chosen the latter. Now granted in my younger days it was fairly sparse and pitiful looking, but I grew it none the less.

I started with a mustache that pretty much looked like I'd stuck a false eyelash on my lip. By college I tried growing a full beard. And by "full beard" I mean I allowed the eyelash to multiply on my chin line. I cringe when I look at photos of my beard back then.

I gave up on the beard for a few years, cursing my DNA for not giving me the ability to grow a beard of ZZ Top proportions if I wanted to. I think it was some time in the late 80s or the early 90s that I jumped on the goatee bandwagon. I was starting to lose the thin face of my youth and I deluded myself that a goatee would help mask my double chin. Again, photos from that era proved just the opposite. I might as well painted a neon arrow on my chin pointing out the extra ones.

Finally, to mix it up, I just let my beard grow out. Aging may not have given me the ability to go full Grizzly Adams, but I could finally grow a beard that didn't totally look like moss on the north side of a tree. I kept the beard for several years, shaved it off briefly when I got married five years ago, then grew it back. A few months ago, I shaved it off again on impulse. Several weeks later, my daughter was sitting on my lap and asked me, "Daddy, what is wrong with your face?"

So last week I started growing my beard again. I had forgotten the awkward stages of growing a beard. You have to go through this period where people look at you as if you just stepped out of Skid Row and are going to harass them for spare change. I have to say I have made about $2.75 just walking from the train to work.

Last night when I got home from work, my daughter looked up at me and asked, "Daddy, what is wrong with your face, why are you not shaving?"  I just shook my head.

I have to admit that I feel more comfortable with a beard. Whether or not it hides my double chins, it is kind of like wearing a mask. I also like the feel of it. I like compulsively scratching my chin like Gabby Hayes and muttering, "Dag nab it." (Anyone under 50 will have to Google that reference) I like being in good company with great men throughout history who have sported beards like Lincoln, Van Gogh, Freud, Blackbeard the Pirate and Bluto from Popeye.

And best of all, I think my beard makes me look like that guy on the Dos Equis commercials who is billed as the most interesting man in the world.

Stay thirsty my friends.
Posted by Time at 8:51 AM