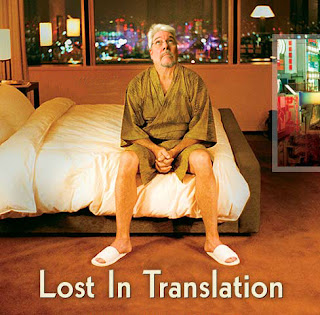 I will be the first one to admit that I do not have an affinity for learning other languages. Perhaps it is because learning English took it all out of me. Oh, I took two years of German in high school and a semester in college.  But beyond telling some one to "listen and repeat," counting to ten and asking you if you'd like to drink lemonade, nothing stuck. Oh, and I can say, "durch, für, gegen, ohne, um" (which means "by, for, up, to, without"). A group of us from Herr Haddock's German class turned it into a cheer at Basketball games for some reason.

I am not even sure why I tried to learn German. I've never been to Germany and I don't have a burning desire to go to Germany. I have, however, spent a great deal of time in Spanish speaking countries, so it would have been more productive to me to try and learn Spanish. Though I can also count to ten in Spanish, ask where the men's room is and order more beer.  And I didn't have to spend three years in a class room learning it.


Online translators have helped bridge the gap between your native tongue and another person's native tongue. But they still aren't perfect. For example I translated this sentence from a post I'd made about speaking other languages back in 2008:

"English is blah. Americans got the short end of the stick when they got stuck with English by default because of colonization. It is not an exciting language. Perhaps that is why we mumble so much."

Here's what the German translator cranked out:

And here's what I got when I translated it back to English:

"English is blah. Americans have the short end of the cane when they get stuck with English by default because of colonization. It is not an exciting language. Maybe that's why we mumble so much."

Actually, that is pretty good. Other than not having a word for "blah" and changing "stick" to "cane," it pretty much captured it. But it didn't capture the idiom of getting the short end of the stick. So it probably doesn't totally make sense to a German person.

Next I tried a Spanish translator and got this:

And back to English:

"English is blah. The Americans got the short end when they were trapped in English by default due to colonization. It is not an exciting language. Maybe that's why we mutter a lot."

Ok, we got the "blah" but lost the stick. And instead of mumbling, we got "mutter." And instead of getting stuck with English, we get "trapped" with it. Not quite an exact translation. As a marketing person, I realize how difficult it is to translate advertising copy into another language and have the same impact (without insulting someone).

I can only imagine how most of my blog post translate to other languages. I imagine there are many non-English people shaking their heads and saying, "That's Greek to me."

BTW, when translated to Greek my original text comes out like this:

"English is blah. The Americans took the short edge of the stick when stuck with English by default because of colonization. It's not an exciting language. Perhaps this is the reason we ridicule so much."

I suppose my posts aren't Greek to Greeks.
Posted by Time at 10:49 AM