Not my own private Idaho 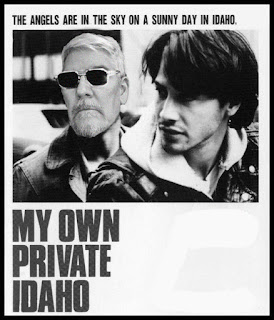 Through an odd twist of fate, I have over the years returned to the place I was born on business. When my mother was still alive, it entailed carving out time to visit her and taking her out for at least one dinner. In the years since she died, I haven't had the opportunity much to go back to Boise on business. I was pulled to other places like Los Angeles or Burbank to produce video ads.

But another opportunity came up and I just returned from a few days and nights in Boise shooting some video for a new ad campaign. The shoot took me into parts of Boise that are charming and give one the impression that the entire city is like that. But it was nothing like the parts of the city I grew up in. I tried explaining this to the people I was with, but they essentially just shrugged.

It is difficult to explain that, despite the changes, Boise will always be haunted by the specter of growing up there. Being a tourist there is one thing. But living there is another. Once you get out of the downtown and the higher income neighborhoods, you're left with strip malls and tract homes from the 50s. It is a flat, sprawling place.

And I wouldn't say I had a bad childhood. Nor did I have more than my fair share of teen-aged angst. I just felt compelled in my early 20s to run as far from the place as I could get knowing I'd be mired there unless I did.

Now granted, I did enjoy the slower pace on this trip. Seattle has become a hectic city. It is fraught with crowds, traffic,  and homelessness. It is expensive to live here. So the thought did occur to me, "What if..." But then I remind myself that Boise is landlocked and conservative. I don't want my children growing up there.