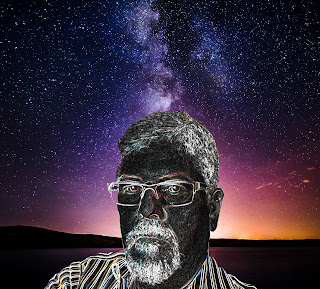 A black hole is a region of spacetime exhibiting gravitational acceleration so strong that nothing—no particles or even electromagnetic radiation such as light—can escape from it. The theory of general relativity predicts that a sufficiently compact mass can deform spacetime to form a black hole.
--Wikipedia

So maybe black holes are hell. After all, nothing, including light can escape from them. But then again, I sometimes think my blog is a black hole. I keep posting and nothing seems to escape from it into the universe.

I did Google "black hole" before writing this post, but all I discovered is that no one seems to be able to simplify the description of a black hole enough for me to understand it and in turn post about it in my typical cynical and sarcastic manner. Thus the Wikipedia definition.

I was impressed by the types of questions that pop up on Google about black holes, like: "Can a black hole kill you?" Now, my response to such a question would be something along the lines of, "If you are hanging around in a seedy bar in a sketchy neighborhood and a black hole wanders in, I'd suggest looking at your watch, muttering something about being late and hightailing it out of there." The  short answer actually is, "yes, a black hole can kill you." Apparently your body would be pulled apart as you got near the black hole. The process even has a name, spaghettification (which makes you wonder what spaghettification and meat balls looks like).

But don't we  have enough real things in the world that can kill you on a daily basis to worry about a black hole knocking on our door and turning us into cosmic spaghetti? The nearest black hole is apparently 3000 or so light years away from us anyway, so I imagine I'll be long gone before the remote possibility of a black hole sucks the life out of earth.

Apparently black holes are the result of a dying star. When all of the energy in the star that was pushing outward burns out, all that is left is the heart of the star. And apparently that heart is so dense that its gravity sucks everything around it in with such force that even light can't escape. I've known people like that in my life.

Why should you or I care about black holes, you may ask? I haven't a clue. And as far as I'm concerned, black holes suck.