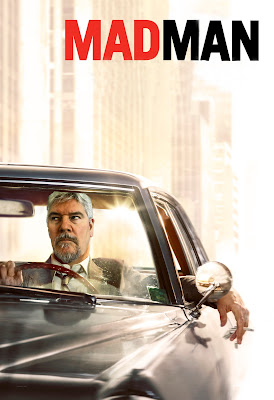 No, this isn't a post about Trump. It is another in my series of posts about my career choices. And although I've never actually worked at an ad agency, I have worked with ad agencies on the client side for more than 20 years.

There was a time in my career that I was a freelance copywriter. I wrote several radio scripts and one television script. And in my day job, I wrote ad copy and campaigns on a very small scale. But I found myself in my true element when I began managing my first advertising agency contract for the company I work for.

In my early days working with ad agencies, I believed they liked me and thought I was incredibly witty. I also thought, as the client, I wielded the power to mold the creative work that placed before me. After a few years, I realized that the creatives  barely tolerated me and the account people actually thought my jokes were as funny as my children think my dad jokes are. And I realized that I was often being steered towards creative that the agency wanted to produce rather than the creative that would be the most effective.


Realizing that I wasn't really any of the ad agency's favorite client and that none of them really thought of me as their best friend oddly gave me an advantage. I learned to wield the actual power I held as a client to approve creative I like versus what the agency liked.  And I learned to enjoy the sucking up to me and the forced laughter at my witty banter.  Inside a little voice keeps crying out, "Dance monkey, dance."

In reality, I think I am an easier client than most ad agencies are used to. So I think that they do appreciate that in me. But they know that their is a line between ad agency and client that is never crossed. It is important for them to keep you away from what goes on inside the sausage factory.

My problem is that part of me wishes that I'd worked at an agency when I was young and able to withstand the pressure cooker that agencies can be. But the other part of me knows that the reality of ad agencies is that there are very few old Mad Men. Creatives are a dime a dozen. The people that survive either open their own agency or end up working at a Home Depot.

The beauty about being on the client side is that the agencies in theory can't fire you as long as you have dollars to spend. The downside is the constant battle you do within your own company justifying why advertising is crucial to keeping a business alive.  The other hard part is explaining to your children what you do for a living. You can point at the ad campaigns, but it is very difficult to explain that you didn't actually create them. You just picked the creative and paid for it.

Still it is exciting to watch an idea go from a creative brief to a storyboard, survive editing and make its way into various advertising channels. It used to be just a print ad, a radio spot and if you were lucky, television. But now digital ads follow us everywhere so you have to produce campaigns that work on big screens and little screens.

I took my son to a movie a couple of weeks ago. And as we walked into the theater, one of my latest ads played on the big screen. My son pointed at it and said, "They are playing one of your ads, dad." I almost teared up. One, he knew it was one of the ads I produced and two, he seemed a bit proud.