Bless a my soul, what's wrong with me? 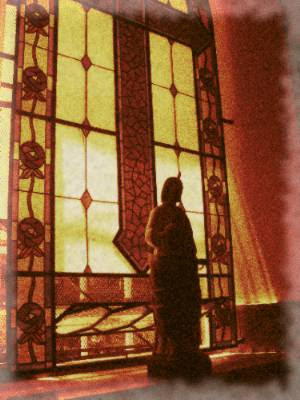 I know it's wrong, but I couldn't help but be relieved that the Pope didn't die on my wedding day. It's just not something you want to associate your wedding anniversary with. I mean it was bad enough he died the day before we got married. But then again, the sunami happened the day after we got engaged.

Don't get me wrong. Even though I'm not Catholic, I thought the Pope was okay. I think he meant well. And I thought his Pope Mobile was pretty cool. If he'd taken a different stand on condom use, I truly believe he would have really done the world a heck of a lot more good. But that's just my humble non-Catholic opinion of it.

I'm old enough to remember the last two Pope's before John Paul dying. I remember this mainly because back then there were only two or three television stations in Boise and all you could watch for days was images of people waiting for the white or black smoke when the Cardinals vote for a new Pope. This was a major bummer for a little kid being raised on television. I also remember staying up late watching it because I had a bee sting on my hand and it had swollen to the size of Rhode Island. Being Christian Scientists, this meant all I could do for the discomfort was watch it swell, think positive thoughts and watch the process of a new Pope being selected. This process is much like watching paint dry, especially when you are five or six years old.

Today, they make the process much more like the American election process and try to dig up dirt on all of the potential Popes. This doesn't seem quite right to me. But I am thinking of checking out what some of the odds are in Vegas on some of the Pope-idates...or are they perhaps Popeabees. My money is on one of the Italians.

But since I'm not Catholic, I'm not sure what kind of hell that will be. Christian Scientist's didn't really have a hell (though I associated it with having to go to Sunday School on one of the only days I had to sleep in). And having been a Buddhist for a brief stint, my afterlife could be a bit confusing no matter where I end up.

But no matter where that is, I hope they have TIVO or at least the premium channels.
Posted by Time at 7:50 PM

It's natural to react that way. My sister in law died on my birthday. One of the first things I thought was "She couldn't wait a few days, now my whole family will associate my birthday with her death". Of course I immediately regreted the thought, but you can't unthink something once it's been thought. I was right too. It's been 12 years and every year someone points out that it is the anniversary of her death.

Thanks for understanding. I suppose whenever we die we risk messing up someone's special day.

I kind of take solace that the Pope did make Prince Charles postpone his wedding to attend the funeral.