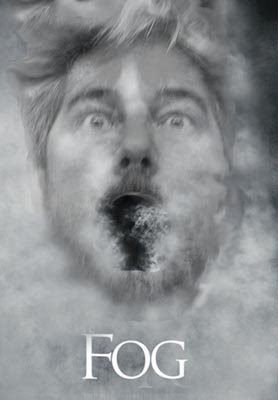 It sits looking
over harbor and city
on silent haunches
and then moves on.
--Carl Sandburg


I always thought Carl Sandburg's poem was the best description I'd ever read of fog. When I first read it as a child, I thought it described fog perfectly. Though growing up in Idaho, we didn't have harbors (or much of a city for that matter). Our fog came creeping out of the Boise River and settled primarily over the airport each winter.

Still, I loved fog. It was mystery. It was intrigue. It cloaked everyday objects in a misty coat of shifting shadows. I was always very disappointed when the cat moved on.

Seattle has its share of fog. It can slink into the city for days. I remember my first year at college in Seattle. I was heading home to Boise for Christmas and sure enough Sea-Tac Airport was socked in by fog. I waited for hours and finally my airplane popped through a window of fog and winged me to Boise only to discover the fog had beaten me there. The Idaho Statesman ran a photo of my father at the airport staring out the window at the fog while he waited for my plane. The plane landed in Idaho Falls a hundred miles away and I had to take a bus into Boise.

The fog hung around Boise through the holiday and I had to take a Grayhound back to Seattle. When I arrived at the bus station and stepped into a cab at 2 a.m. to go back to my dorm, the cab driver pointed out that someone had stolen the Space Needle. Sure enough when I looked up, the Space Needle had been decapitated by a fog bank.

You have to admire the fog's persistence.

Fog is often used as a metaphor for clouded thought. But to me it is clarity. Fog smooths the lines of reality and softens our point of view. My dreams are often filled with fog.

I think when my time comes, and others are stepping into the light, I will walk into the fog instead.
Posted by Time at 10:33 AM

The thing I like best about a heavy fog is the effect it has on sound. Every sound is muffled and sounds from afar are almost non existant. It is as if you have been cut off from the rest of the world. Very cool, but kind of creepy as well.

This whole package was amazing...the masthead, the photo and the post. How unbelievable that your Father's picture would be taken while he was waiting for you to arrive. I have always liked the fog. We get it a lot here on the East Coast by the shoreline and it is quite cinematic when a boat is coming onto shore....

When I first moved to SF I lived on the west flank of Russian Hill; just barely high enough to watch the fog dash across Cow Hollow every afternoon at 3:00, making the buildings vanish one by one until I mine was wrapped up in it as well. Utter magic - you could set your clock by it.

Thanks Lights, Miss Bliss, Hayden and even THE Michael. I'm a bit foggy on how to respond.

The most mysterious thing about fog is how it ALWAYS gavitates to the local airport. After 15 years in the airline industry, when I wake up to fog all I can ever think is, "Thank God I don't work at the airport."