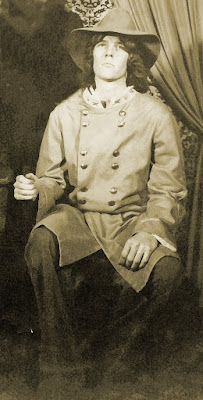 When a true genius appears, you can know him by this sign: that
all the dunces are in a confederacy against him.
--Jonathan Swift

I do not think I am a genius. I also don't think I am a dunce. But I pretty much know a dunce when I see one. And I tend to see lots of them. They vote for one thing. And they "rise to their level of incompetence" quickly as Lawrence Peter's suggested, in most organizations.

I have to admit I am torn by the battle over the democratic nomination for a presidential candidate. I am going to break my own rules of not engaging in political or religious discussions and say that I think Hillary Clinton is the better choice than Barack Obama. I think Obama means well. But he is woefully out of his league. And I think he is hovering dangerously close to his level of incompetence and the dunces are clearly coming out to support him. They are clearly being threatened by Clinton who is obviously incredibly intelligent and more qualified to be President. God forbid we elect the right person for the job.

The sad thing is that if Obama gets the nominated (which at this point seems inevitable), we have to join the Confederacy to avoid McCain and the rest of the Mega Dunces dragging us kicking and screaming into four more years of unthinkable Republican rule. I'll vote for Obama, but I think he is woefully naive and I can't help but get flashbacks to Jimmy Carter floundering through the Oval Office trying to do the right thing. That could only open the door to even more conservative dunces.

It is very sad when you have to choose between the lesser of two evil dunces. God politics sucks.
Posted by Time at 9:11 PM

Politics does indeed suck! In Australia it is compulsory to vote which I don't agree with at all. What if you don't like any of the candidates which has often been the case for me? I do like our current Prime Minister though and hopefully he won't become the American President's puppet like John Howard was with George W.

I couldn't even imagine how a compulsory system would work. We can't even get people to take their children to school here and that is compulsory.

I agree 100% with everything you said here. If you'd endorsed sock monkeys I would have adopted you and baked chocolate chip cookies for you. Seriously.

Kristy,
I am touched that you agree with me. But I draw the line at endorsing sock monkeys. Even I have standards.

I'm struggling with this inevitability too. I like Obama, but I think he needs many more years of experience before he'll have the charisma to lead. In a perfect world, Hilary would win the nomination, and Obama would serve as her VP.

I couldn't agree more. I like Obama. And generally, I think his charisma is just fine. It's his experience I find lacking. He's junior and seeing us go into a new election pitting Obama against McCain terrifies me.

On the other hand, I have no ethical standards against endorsing sock monkeys, and if it'll get me chocolate chip cookies I'm happy to do the deed.

proving yet again that I have no prejudices against sock monkeys, I have duly endorsed one for president.

I vote Libertarian every presidential election because the Libertarian platform most closely conforms to my own beliefs.

America is already gone. You're giving way too much thought to who you'd prefer in office. The candidates are all mediocre. If they weren't, they wouldn't be able to adequately serve their masters while simultaneously holding the delusion that they have power which means something.

Kat,
I thought that would have been a great ticket, too. But I think the nastiness of the fight for the nomination would preclude that now.

R. Voting Libertarian...hmmm. You don't prance around in old armour and try to pick fights with windmills, do you?

I don't really engage in political debates anymore. Most people are wrapped up in red-state-blue-state/if-they're-for-it-I'm-against-it thinking. So be it.
I will say that I've been a registered Republican since I was 18. I do not goose step to party lines. I will probably vote for Obama, though Hillary doesn't bother me at all. Hell, McCain really doesn't shake my tree.
And the last decent man that held the office of President was Jimmy Carter.... I believe that in my heart. He was not the best President, but a decent man. We have not had one since and I don't see one for our future.
Besides, lobbyist run most things anymore. That is not being cynical, it is a sad reality.

tim-id: Alas, all the windmills here are out of sword's reach. However, I do read the Constitution of The United States and point out ways in which the government and the laws Americans allow it to enforce are unconstitutional.

Like you, I'm more than a little unsure about the two democratic candidates. Oddly, we've both written about the subject.

I hope that the person who succeeds Emperor Bush is able to set our country back on the path leading to respect in the world community.

Mikey,
I agree that Jimmy Carter was a decent man. And he was the first President I ever voted for. I do think he was an example of what happens if someone gets into the White House with good intentions but without knowing how to deal with the political juggernaut. And dude, I'd vote Republican too if I thought the Republican was the better candidate.

R.
The Constitution isn't written on clay tablets. It is a piece of paper.

Footpad,
At least Bush has lowered the bar for our expectations :)

Oh, and Kristy,
I said even a sock monkey is better than Bush. That should be worth a cookie.

tim id: "R. The Constitution isn't written on clay tablets. It is a piece of paper."

You know Uncle, people seem to have gotten rather upset when President Bush said something similar in regard to all the government wire-tapping that's been going on.

R.
All I'm saying is that the Constitution, like any legal document is always going to be subject to interpretation and revision. It isn't Gospel. Both sides are always going to hold it up and use it to justify something.