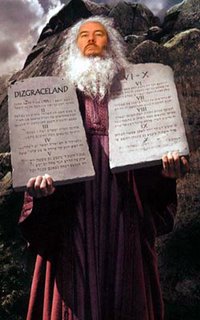 Dizgraceland began as Web site, not a blog. I know that it is hard to believe, but there was a time when you actually had to have a basic knowledge of HTML to have a Web presence. This could be as rudimentary as looking at the source code of a page you liked and copying it (which is how most of us did it at the time). Dizgraceland was originally Disgraceland. But by the time I figured out what a domain name was and how to register it, a record company named Disgraceland stole the name. So I settled on Dizgraceland.

With the help of some aggressive search engine promotion, Dizgraceland caught on modestly. At the pinnacle of its popularity, it was featured in Parade Magazine as one of the top Elvis sites in the country. At one point it even boasted a gift shop where you could purchase online 50s related t-shirts and novelties (a business arrangement I had for a brief but lucrative period with a company called Cruisin' USA).

The mild notoriety brought with it quite a bit of e-mail. Much of it was hate mail from people thinking I was a crazed Elvis fan glorifying a drug addict. The rest was from rabid fans thinking I was making fun of the King. Actually most of the e-mail was directed at the fictional parakeet Elvis impersonator Friz-Elvis.

As more and more people got onto the Web, the demand for more sophisticated Web sites and content took off. My rudimentary Web design skills couldn't compete. And I got pretty tired of answering e-mails for an imaginary Budgie King. So I allowed the gates of Dizgraceland to rust over. 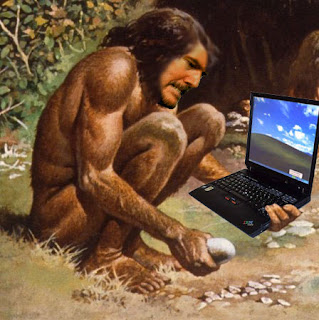 Then along came Blogger. I couldn't even tell you how I stumbled onto it. Although I'd been cruising the Web since its inception, my geek factor was relatively low. I had never heard of a Blog or Blogging. But I signed up for an account and when it came to naming my  blog, there was no question that it was going to be the second coming of Dizgraceland.

I wrote my first blog post on August 4, 2004. It was titled, "No, I'm not a rabid Elvis fan." I've been blogging ever since. Now granted, Dizgraceland the Blog gets no where near as many hits as Dizgraceland the Elvis site. Much of this is because I rarely even mention Elvis anymore. And whereas when I started the original Dizgraceland duct taped together with primitive HTML, there were quite a bit less sites out there.

But I am much more comfortable in my blog than I ever was in Dizgraceland's cybermansion. I get lots less hate mail. And I can write about anything and everything and toss in a smattering of Photoshopped images without living in the shadow of the King.

If nothing else, I do preserve my sanity by blogging. That's something, anyway. And it's no worse than sitting alone in a room muttering to myself.

Not that I do that.