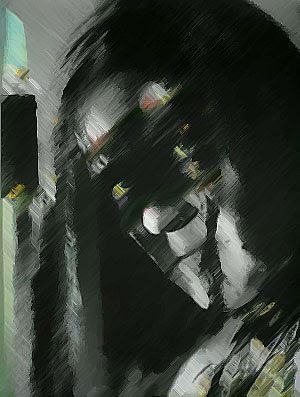 The joy of working out in the modern age gym is that you can watch television while sweating away on the elliptical machine (or treadmill or stationary bike). My habit is to tune into the Travel Channel and flip back and forth between it and the History Channel during commercials. But since they are likely owned by same company I generally encounter commercials on both channels at the same time. Then I switch to the Food Network and watch it for a few minutes until the irony of working out and watching a network entirely dedicated to fattening food overcomes me.

And no, I haven't started digressing, yet.

Anyway, I was watching the History Channel and for some reason they were airing The Outlaw Josie Wales with Clint Eastwood. It is one of my favorite Clint Eastwood films. It was made in 1976 (the year I graduated from High School) after his Spaghetti Western days and before he stumbled into movies co-starring orangutans and his ex-girlfriend Sondra Locke. It was made during his Dirty Harry days and the character he played was kind of like a Civil War era Harry Callahan.

I'm still not digressing, yet.

So in the film Clint Eastwood plays Josie Wales, a Missouri farmer who joins a Confederate guerilla unit and winds up on the run from the Union soldiers who murdered his family. While on the run he meets a Cherokee named Lone Watie (played by Chief Dan George). Lone Watie relates the story of how he and representatives of the five "civilized" tribes went to Washington D.C. and met the Secretary of the Interior. The bureaucrat shook their hands, told them how civilized they looked and amonished them to "endeavor to persevere." That's when Lone Watie says, "We thought about it for a long time, 'Endeavor to persevere.' And when we had thought about it long enough, we declared war on the Union."

I don't know why that has always struck me as hilarious. It was such a dumb shit thing to say and Lone Watie and the rest of the civilized nations realized that. Perhaps what appeals to me about the quote is the quixotic quality of it. Endeavoring to persevere reeks of windmills and giants. In simple, un-bureaucrat terms it means to "try to keep trying." Or at least that is how I interpret it.

Ironically, when I looked the quote up on Google, I discovered many other people have been impressed by phrase as well. But they banter it about as if it is some inspirational mantra urging people hang in there rather than a condenscending pat on the head by a pompeous politician degrading another culture he thought was inferior. Endeavoring to persevere isn't noble, it's an exercise in futility.

And to think this ironic ephiphany came to me while stairstepping my way to nowhere on an elliptical machine watching a 32-year old Clint Eastwood movie on the History Channel.
Posted by Time at 8:37 PM

I guess I'm one of those weenies who would have gone with the "inspirational mantra" crap, but I definitely see your point - all this and on a treadmill,no less. I hate stationery exercise equipment. There could be a lesson in this in what it means to "endeavor to persevere".

Snapdragon,
I used to do aerobics because I couldn't bear the thought of plodding away on a machine for an hour. Then aching joints from 18 years of high impact and rising costs of downtown Seattle clubs drove me to a home stationary bike and then space limitations drove me to a local club where I plod away on a machine. But the difference now is the machines have televisions! Old age is another one of those things that we endeavor to persevere at.

Inspirational?
No, I have always found that particular quote hilarious for most of the same reasons you do.
"Try to keep trying" ...

In fact, my husband and I both use it in a sarcastic tone when discussing The Boy's grades!
(We're so mean! :D )
Of course, The Boy knows we're kidding, and thankfully, he has a wonderful sense of humor and "gets it".

Tim - when you're inspired I would love to read a blog of yours reflecting on your disco days! The Angel Flight suit, John Travolta - I remember you were really into it! Maybe it was more of a joke at the time, but it would still be funny to read your reflections about 70's trends -

Blaznfyre,
It is one of those phrases that sounds so impressive but like all pompeous things shrinks into perspective under scrutiny. I can't wait to use it on my children. :)

Snapdragon,
I'm not proud of my Angel Flight suit, but I love my platform shoes :) By the time I moved to Seattle, disco was dying a painful death and I for one wasn't sorry. Maybe someday I'll cough up some memories of it.

So at what point did you start digressing.....? I think I missed it.

I loved the irony of you watching the food channel while working out on the elliptical machine. It's like me eating a bar of chocolate washed down with a cup of tea with skimmed milk and an artificial sweetener. Would you believe the logic that one justifies the other? No?

Gypsy,
I don't think of it as digressing so much as progressing in the opposite direction of foward. :)