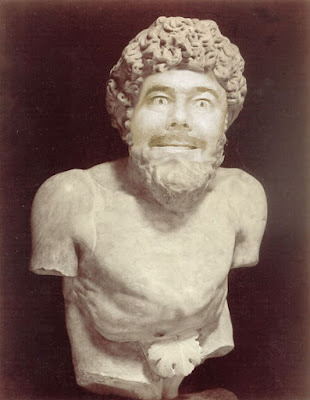 Since I've come out of the closet about repeating myself, I am going to blatantly regurgitate another post I wrote back in September 2004 called Friends (not the series). Essentially the post was about the phenomenon I have been puzzled about for some time -- why people come into your life and then leave, particularly friends. The post was prompted by a good friend of mine named Michael who disappeared out of my life.

I suppose most people won't want to read the original post (it's pretty long), but the last three paragraphs sum it up pretty well:

"It taught me something about friends and especially best friends: like everything else in life, they are temporary. When you are in grade school, you think you will have your best friends for life. But life happens. You get a girlfriend, a new job, go away to college, get another new job. You make friends with the people in your classes. But you graduate. You make friends with the people you work with. But theyget other jobs or you get other jobs. "Stay in touch, OK," you say. But in this age of e-mail and cell phones no one stays in touch. The big gap between old friends is not distance, but time. Sometimes too much has happened in our lives to effectively catch up on with old friends.

But the hardest part for me is that people drift out of my life and in many cases I don't know why. When you end a romantic relationship, there is more often than not closure of some kind. But with platonic friends, I've found there isn't any definite closure. Even when I attempt to reestablish contact with people I was close to in the past, it has always been temporary. Time is a river endlessly drifting forward and our memories are washed up on the banks.

So Michael J, Gary, Holly, Janelle, Nellie, Dave, Robert, Shan, Tim W, and Irene, if you are out there, Tim says hi and hopes life is treating you well!"

Those paragraphs still ring true to me. And since blogging has turned friendship into a virtual experience in real time, I have been thinking about how my theory can be applied to the phenomenon of why people pop into your circle of blog friends and then just as quickly pop out. The epiphany came to me this morning while I was cooking my daughter breakfast -- people stop reading other people's blogs because they become too familiar.

It is not an accident that I write this post on the tail of being called out as egotistical and my own realization that I repeat myself incessantly. Just as familiarity breeds contempt in the real world, familiarity breeds contempt in the blog world. People simply get sick of reading the same crap over and over. And the quirks that made you charming in the beginning become annoying over time (sometimes not that much time either).

Any ongoing relationship is going to have times where the people just get sick of rehashing of the same old, same old (kind of like I'm doing now). So they click in, skim over the latest post and then click away, rolling their eyes. Then they stop clicking in. And you are left wondering, "What did I say that offended so-and-so?" But it wasn't anything in particular. It was just the bugaboo of familiarity rearing it's boring old head.

Occasionally, just as in the real world, old friends do a drive by and try to recapture the good ol' times. But also like the real world, too many posts have gone by to catch up effectively and everyone smiles their fake smile, apologizes for not staying in touch and then promises to not let it happen again. And just like the real world, everyone breathes a sigh of relief and goes about their business until someone feels a pang of guilt about not staying in touch and the dance of stale friendships begins anew.

Well you know how I feel on this subject Tim. What is that saying? People come into your life for a reason, a season or a lifetime or something like that. I guess some of them were never meant to stay.

It would be great if you and Michael could catch up again. Wouldn't he be surprised to see you now have a beautiful daughter and pretty soon a son? That alone would be worth the effort.

Your post has left me feeling a little sad - especially the part of memories being washed up on the banks and people wandering out of your life for no particular reason. It takes a certain fortitude to accept the premise that there is a reason and a season for everything. I'll have to think about this more - it was a good and thoughtful post -

Gypsy,
Look familiar, does it :) I like that phrase about people coming into our lives for a reason, a season or a lifetime.

I tried catching up with Michael around the time I was getting married. But as my post says, too much time has passed to bridge the gap. And having children only multiplies the distance between married and single friends.

Snapdragon,
Thanks. I have my melancholy bouts. I imagine I overthink things sometimes.

That was quite a bit of reality for a Monday morning. I think I'm more guilty of this than most anyone I know. It embarrasses me to think it might just be from boredom. I love new frienships because there is so much to discover. Every day reveals something else you didn't know about them. It's like reading a really great novel, I just can't wait to turn the page. But... eventually I feel like I've come to the end of the book and sadly, I've never re-read a book (not even the "Good Book").

But... I'm still reading your blog. Why is that? In this case, I think I've revealed all there is to reveal about myself and I stand a chance of boring YOU. Whether it's by expecting you to read my blog or my rather boring comments.

Hi Shandi,
Honesty never bores me. So I find your revelations refreshing. And your life always seems full of adverntures, so your blog was and is never boring when you post.

And I'm not sure why you still read my blog. I'm beginning to bore myself :) But I suppose when that happens the monkey will start chattering and posting in his blog.