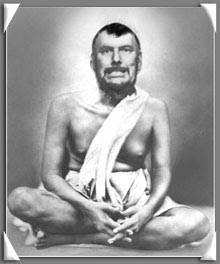 AUTHOR'S NOTE: I realize this photo makes it look as though I have a serious case of man tit's going on here, but hopefully you know that it is not really a photo of me. It is a photo I found on the Internet when I Googled the phrase, "Religious Prophet." Apparently prophet's don't workout alot and may have higher levels of estrogen than other people. I just thought it was important to note before someone else did. In reality I may have a paunch and a double chin, but so far I do not have man tits. Okay, you can go ahead and read the blog post now. Though I imagine I'm going to get a great deal of hits through Google because I used the word, "tits."

First let me say that I am a big fan of Google. They have literally become part of our vocabulary (why don't you go Google it and see what you can find). I use Google religiously. And I have to thank Google (I think) for producing probably 99.9 percent of my blog traffic. They have turned me into Prophet of Random Information, so to speak.

ANOTHER AUTHOR'S NOTE (Written after the first one): Okay, I realize now that I can't really say, "First let me say..." after I added an author's note in front of the first paragraph. And I suppose it would sound stupid to say, "Second, let me say..." So, sorry.

For example, from my Web stats I can see that someone Googled "naked men talking" and stumbled onto my blog post about Talking to naked men. Someone else in Buenas Aires Googled, "the monkey don't stop my soots" and found my post called Don't mess with the monkey.

Since my stat counter also tells me how long each visitor spends perusing my words of wisdom, I also know that the average visitor Googling their random way into my blog spends less than a second before they realize they have made a terrible mistake and click out as if the hounds of hell (or the Monkey Playing Cymbals) is nipping at their heels.

I kind of wish I could send a blog bot after them that virtually tugs at their shirt sleeve and demands to know why they just popped into my blog and then left as fast as they could. The blog bot would look and sound something like Glenn Close in Fatal Attraction and scream at these people: YOU CAN'T JUST TOY WITH MY BLOG AND THEN LEAVE WITHOUT CALLING. DON'T YOU KNOW THAT GOOGLE BROUGHT YOU TO ME FOR A REASON? WE WERE MEANT TO BE."

Does that seem as creepy to you as it does to me?

I guess I know why people only stay less than a second.
Posted by Time at 11:15 AM

LAST AUTHOR'S NOTE: Okay, I started to think that the author's notes were getting a little distracting, but I really feel the need to clarify sometimes when I reread something I've written. So I figured no one has commented yet so why not just put an author's note in the comments before someone comments.

That was a rhetorical question.

I'm sorry, but I just wanted to apologize for having so many author's notes. It is one of my weaknesses as a writer. I interject myself into my work too much. I remember entering something I wrote for work in a publications competition years ago. I thought it was pretty damned witty. They judge chastized me for violating journalistic integrity by making myself part of the story. Needless to say I didn't win an award in that competition. I just want to take this opportunity in retrospect to say, "Fuck you" to that judge.

ABSOLUTELY THE LAST AUTHOR'S NOTE:
That really wasn't called for. I mean, the person was just expressing their opinion. But then again if it was just their opinion, it didn't really give them the right to shaft me in that award category. Asshole. Add that horse you rode in on to the "Fuck You" list.

I PROMISE THIS IS THE LAST AUTHOR'S NOTE: You know, I'm starting to really like this whole author's note thing. It's like digressing without digressing (which seems a bit like endeavoring to persevere). Plus if I make my notes in the comment's section then it looks like lots of people are commenting. And that seems to be what blogging is all about, isn't it?

That's another rhetorical question so don't answer it.

You know what? I'm going to forgive that prick judge for dissing my writing so many years ago. I'm sure he or she is probably very successful and cranking out instructions that appear on the back of shaving cream cans.

I feel better and it shows that I am the bigger man. And by bigger, I mean bigger in the sense that I can forgive a petty little bastard that trys to make themselves feel more important by crapping all over genius. I don't mean bigger in stature (although I imagine my penis is much larger, especially if the judge was a woman).

Finally, I want to reiterate that the man tits in the photo on this post are not mine.

NEW AUTHOR'S NOTE: Obviously Blaznfyre ignored my first note and the latter part of my last note. This illustrates my theory that most people blatantly ignore notes and jump ahead in text. Shame on you Blaznfyre. :)

Now I can't remember what the bloody post was about but I'm loving the comment section. Can I just add a Commenters note that you have confused the hell out of me now and I may have to be medicated in order to sleep tonight so thankyou very much.

NOTE TO HAYDEN:
See what you have been missing.

NOTE TO GYPSY:
The post, as with most of mine, wasn't about anything of note.