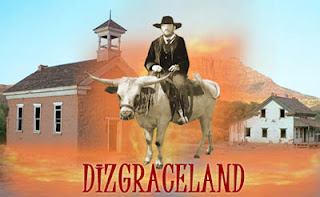 I am not what you would call a stock savvy person. And by stock, I am referring to the stock market, not livestock. Though I am not really livestock savvy either despite growing up in Idaho. Anyway, since the stock market took a dive a year or so ago and ate away at my meager retirement funds, I paid more attention to whether it was gaining or losing on a daily basis by checking the numbers on msn.com. They display the stock numbers in red if the market is down and green if it is up.

Okay, watching the market and what makes it go up and down (according to the mindnumbing commentary that msn.com offers up along with the stock reports) reminds me of herding sheep. Even though I don't know that much about livestock, I did hang out at my friends farm when I was a kid and we used to delight at spooking the sheep for entertainment. It didn't take much more than throwing sheep pellets (translated dried sheep shit) at them  to spook them into running from side to side in their pen.

That is Wall Street in a nutshell. One day the market is up because some report says consumer confidence is returning. The next day the market is down because another report says consumers are pessimistic about the economy. Unemployment isn't as high as expected sends the sheep running to the green side of the pen. The feds messing with rates sends the sheep running to the red side of the pen.

I am not an economist. But I have lived through enough recessions to perceive that they are as much about people's perceptions as they are about the economic realities. You tell people that the economy is going down the toilet and of course they are going to curb their spending make it a self-fulfilling prophecy. Tell them that there are green shoots and more likely than not they will be tuning into the Home Shopping Network like good consumers and giving the economy some well needed fertilizer to help those shoots (real or not) grow.

Simplistic I know, but I believe this is so.
Posted by Time at 12:06 PM