I could have been a contender 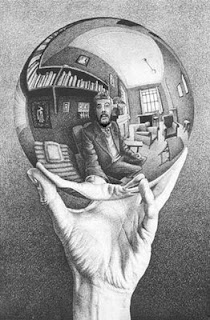 There's nothing like a middle aged man's birthday to bring on the self examination of where he's been and where he is. It's not that I feel like turning my birthday party into a pity party, but I do ponder the young man's dreams versus the old man's reality.

It is useless to regret the paths we followed to get where we are. But I sometimes feel pangs that I never wrote a best selling novel or became a successful artist or musician. If I voice these feelings I get the proverbial "it's never too late." These kinds of statements generally come from people who haven't crested 40 and come to the harsh realization that what you are when you are middle aged is generally all you ever will be.

I know there are people who achieve great things in their twilight years. Colonel Sanders was a complete failure until his mid to late 60s when KFC finally took off. He died, however, having lost the rights to his own name.

I wonder if he was cremated and if so, was he original recipe or extra crispy.

I really don't think I want fame like I did in my younger years. I've lived long enough to watch too many famous people take an all too public nose dive, especially when they reach middle age. And in the grand scheme of things, who gives a rip whether or not people you don't care about  recognize you in public and want a piece of your fame by demanding your autograph or having their photo taken with you.

As I reflect on where I am, the greatest role I ended up playing with my life was to become a father. Now granted I waited until an age when many people were becoming grandparents to become a father. But I truly feel like I would have been a failure if I hadn't become a father. I may not have written the great American novel, sold a painting or played guitar to a sold out audience, but sometimes, in the eyes of my young children I feel like a rock star.