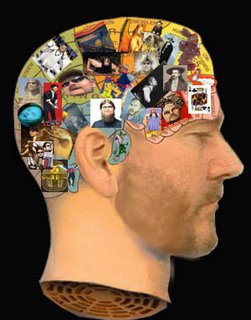 I have been dreaming a great deal lately. Or I suppose I have been more aware of my dreams lately. My understanding is that we always dream, we just don't remember them unless we wake up soon after dreaming. Regardless, I have been remembering more dreams lately.

The irony is that most of the dreams I seem to be having are related to anxiety about  transportation (I work in the public transportation industry). In my dreams, I always seem to be in another city trying to get somewhere. In one dream I was at an airport checking about a flight that had been delayed until the next day. I went back to confirm and missed the tour bus I'd been on and I was stranded there without my luggage or passport. It was night and I was desperately trying to find a way to get back to my hotel painfully aware of the seedy part of town I suddenly found myself in.

I have similar anxiety dreams about trains, except I'm not so much worried about getting on the wrong train (since they operate on a fixed track, odds are pretty much 50/50 that you are going to get on the one going in the right direction). In my train dreams, I'm worried about getting to the station in time to catch the last train.

I also have dreams about cruise ships and getting stranded in ports. Or I'm on ferry boats on the Amazon passing through hostile territory.

I don't really have anxiety dreams about driving a car. This shows you how ingrained public transit is in my psyche.

Though not all of my dreams are about transportation. I had a dream last week about an odd masked character living in the crawl space of a dream version of the house I grew up in. He only emerged at night and skulked about the yard. I finally confronted him with a baseball bat. But in my dreams, I never seem able to pack any punch when I attempt to protect myself with clubs or other weapons. Guns never fire and knives or clubs always dissolve or lose momentum. Not that I want to hurt anyone, but if the bogeyman is going to inhabit my dream house, I think I have the right to bean him. In this dream I scared the bogeyman so much, I began to feel sorry for him and told him he could go ahead in live in the crawl space (which really looked quite  cozy...he'd set up a bed and some bookcases). I even asked if he needed more blankets.

I don't put much stock in these dreams. I'm sure you could read all kinds of symbolism into them like lacking direction or fear of the Rapture. But I tend to think of them as my mind releasing day to day pressure through dream brain farts.

And speaking of brain farts, is it just me or does the latest round of Dairy Queen television ads (blatant rip offs of the Old Spice commercials) seem a bit freaky? I can't get this image of the bunnies with a straight edge razor giving the Dairy Queen guy a shave. If I start seeing them in my bus dreams I'm really going to wig out.
Posted by Time at 3:27 PM

Your blog is looking great and you seem to have been able to reverse the aging process judging by the pic on this post.

Sorry I haven't visited for soooo long but a lot has been happening and I am hoping to come back to the fold soon. Will let you know if it happens.

Good to see you and hope you and all the family are well.

About this post...you don't even want to know about MY dreams :-)

Great to hear from you! I have been wondering how you are doing. The family is well, thanks. I have found the secret to reversing the aging process is simply pulling up a photoshopped photo from several years ago. I have been recycling a lot of them lately :)

Hope to see you back blogging soon!

At least your cruise ships aren't sinking and the black helicopters aren't shooting at your trains...haha. Seems like a good sign to me.

Great, now with that suggestion in my subconscious I imagine I'll be dreaming about the Titanic being pursued by pirates in Black Hawk helicopters...sigh.