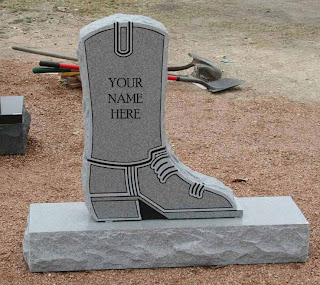 Every now and then, the genealogy bug bites me and I dust off my family tree program and root around for more information about my relatives. One of the things that fascinates me about genealogy is the infinite way a family tree begins to fan out from individuals. If there were actual records kept for every individual throughout time, it would be interesting to see whether the roots would fan out and then narrow again to a single organism that split to create the individuals who started it all.

But we don't have records on every individual throughout time. In fact, for the vast amounts of people who don't stem from blue blooded stock, the records are few and far between. Often the only record you'll find of many of your relatives is a manifest on a boat or a notation on a census ledger. And you get the sense that many of the people being questioned by census takers were reluctant to provide concrete information about their actual birth dates, or, and I imagine many of them weren't real clear on the dates anyway.

My mother came from a family of 13 kids. I was conjecturing with my wife the other night that this may have been a genetic code in my mother's family to produce as many progeny as possible due to the high mortality rates and the need to have extra hands to help out on the farms my distant ancestors worked. By the time my grandmother began producing farm hands, however, the Great Depression was in full swing and they didn't have a farm to work. Regardless my many aunts and uncles came into the world.

I didn't really have much interest in my relatives when I was a kid. Most of my mom's family had scattered. But I did see a pack of cousins about Thanksgiving and Easter. I didn't really have much contact with my aunts or uncles. It was only after I began dabbling in genealogy that I realized how sad that was. Because now I'd love to pick their brains to uncover the stories behind the names and faces I see in old photographs, but most of them are gone or beyond remembering.

As part of my search for information about my family, I stumbled onto a website called www.findagrave.com. At first I was baffled that such a site existed. It reportedly contains more than 65 million records of grave records for the dearly departed. It's a community of people who, in there spare time, apparently go out and photograph grave markers and post memorials on line. And most of the memorials they post seem to be for total strangers.

It seemed morbid to me at first. But as I uncovered (no pun intended) the graves of some of my relatives, it dawned on me how important this was from genealogy standpoint and an emotional standpoint. I know that with my own experience, my family stretches across the country and I have neither the time nor resources to travel to various towns and cities to find the graves of my ancestors. This site has been invaluable with, if not putting a face with a name, at least putting something concrete that confirms that they were once part of the world and are more than names on ledgers and manifests.

In the case of some of my own family, I was able to have their virtual memorials transferred to me. I've added family photographs in some cases, virtually adding a face to the name on the grave marker. In some way, it seems to enhance the memories of these people I've never really known. If nothing else,  it symbolically it keeps their memories alive.

I actually think a virtual memorial has more significance in the long run than a physical burial. Personally, I plan to be cremated and won't be leaving behind a marker with my name on it. So as my ashes are scattered to whatever wind my children deem appropriate, I hope to be remembered digitally in some fashion. Perhaps this blog will stand forever as my grave marker. It is kind of a comforting thought that long after I'm gone people will still be stumbling on my blog to learn whether or not clams are really happy and marvel at my stories of mountain beavers.

On second thought, maybe I should get a grave marker.

This is an old post, so don't know if you'll even see this, Tim, but just wanted to chime in that I am one of those cemetery transcribers who has contributed to findagrave. I transcribed an abandoned cemetery associated with an Indian Boarding School in Oregon--entirely filled with forgotten school children. I've picked up family photos (of strangers) from local antique shops and uploaded them to existing memorials. I even created a memorial for a local lion buried in the King County Pet Cemetery. It's a surprisingly meaningful (and helpful?) hobby.

Good to hear from you and thank you for your efforts to help keep memories alive.