Me, myself and I 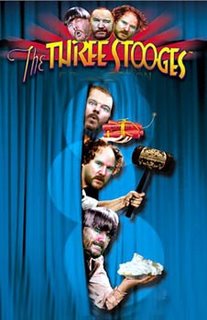 I realize now the major social media faux pas I made the other day by posting about the music I was listening to on Jango. I think I reached a new low in hits on the post. Even the "next blog" people passed on it. I keep forgetting that no one really wants to read about me regardless of how fascinating I think I am.

I guess I got carried away by the wealth of music out there that I was totally unaware of. And if I were being honest to myself, I'd have to say I wanted to impress the world with my openness to cutting edge music regardless of whether I could pronounce the names of the musicians performing it. It reminded me of seventh grade when a  girl in my class expressed amazement that I said I liked listening to America's Horse With No Name. She told me that she would have thought I sat around listening to classical music. It was a wake up call that I needed to tweak my image in the "hipness" realm.

Part of it is also middle aged angst. There is a tendency to think anyone over 50 only listens to Tony Bennett. It doesn't help when I read my niece and nephew's Facebook pages and don't have a clue as to who or what they are talking about, especially when it comes to music and concerts.

Not that I ever was much on going to concerts. The last one I went to was the Wiggles. It was a pretty good show if you don't mind short songs that are about fruit salad. The first concert I ever went to was Boz Scaggs. He was playing in an exhibition hall at the Western Idaho Fairgrounds. Not many groups performed in Idaho at the time because there wasn't any place to perform. I remember Boz stating on stage that performing in the exhibition hall was not unlike playing inside a toilet bowl.

I did go through a brief but expensive stage when I moved to Seattle to go to college where I went to concerts every few weeks. Seattle has many more places to perform than Boise did. I remember walking the floor of Key Arena at Seattle Center marveling at the number of people openly selling drugs the same way a peanut vendor would sell his wares at a ball game.

One of my claims to fame is that I threw up at a Cheap Trick concert in the Paramount Theater in downtown Seattle. I wasn't drunk. I just had the flu and had shelled out big bucks for the tickets. I'd tried bolstering myself with Pepto Bismal, but that just turned my puke pink..  I watched the standing fans shriek and part as the pink river flowed down the sloping theater floor towards the stage. I didn't stay for the end of the show.

In my single days, I also went out a bit to see live music. I saw the Red Hot Chili Peppers perform live at a club downtown once, not because I knew who they were, but because they were performing along with a local Portland band called the Crazy Eights that I liked. The only thing I knew about the Red Hot Chili Peppers at the time was that they had performed nude wearing only a single sock (and it wasn't on their collective feet). The were fortunately fully clothed when I saw them.

The best show I think I've ever seen is the Blue Man Group sitting in the Poncho Section at the Luxor in Las Vegas. I also saw their Complex Rock Tour Live at the Paramount Theater. I didn't puke at it.

Damn. I've posted about myself again. I don't think I'll ever get the hang of writing for you.

I've still to this day have seen only one concert... oh great... now I can't even remember her name. OH, it was Melissa Etheridge. A friend bought my ticket as a christmas gift. I think she was trying to tell me something.

I have to say that if I could only see one concert in my life, it wouldn't be Melissa Etheridge. She is definitely no Cheap Trick. :)