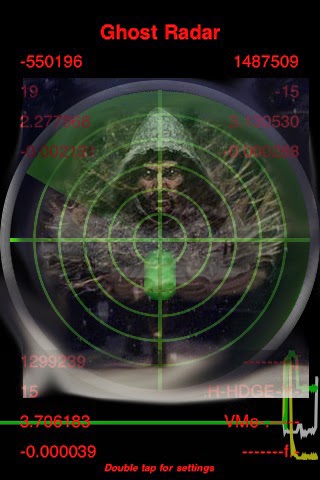 Halloween is rapidly approaching. So you would think that there would be more paranormal activity going on. After all, it's a holiday for ghosts, right?

Apparently Halloween evolved from the ancient Celtic holiday of Samhain (it's pronounced SAH-win..sowing...get it),  It was a day the Celts used to mark the end of the harvest season and the beginning of winter. They believed that the transition day between the seasons was a bridge to the world of the supernatural. The time between sunset on October 31 and sunset on November 1 was supposed to open the door to the spirits of the dead and other supernatural beings such as fairies.

But I see the irony that we still celebrate a harvest festival that when most of us don't harvest a single thing except maybe grass clippings. The custom of wearing costumes stemmed from either trying to fool the spirits into thinking you were one of them or to frighten them off. I think the spirits are probably pretty confused now when they encounter people dressed up as Pinky Pie from My Little Ponies or Lloyd from the Lego Movie.

I wish there were spirits or fairies. I'd love to see a genuine ghost that wasn't explained away by reflections, stray headlights or an over active imagination. Because it would give me hope that there is an afterlife. But having lived more than half a century and watched countless ghost hunter reality shows I have to conclude that there is no such thing.

If spirits did exist, why don't they communicate to us through text messages or Twitter. God knows they couldn't be any more banal or inane than the faceless souls communicating that way in the corporal world.

It's not everyday I get to use banal or inane in a sentence. But I digress.

I guess technology scares me more than ghosts. Or not so much technology as the pace in which it overtakes me and leaves me behind as I age. I took one of those stupid quizzes on Facebook the other day to see how many archaic devices I could name from the recent past (speaking of inane). And I could name all but one of them including such antiques as the rotary phone and floppy disks. I used to have anxiety dreams about trying to call someone in an emergency using a rotary phone.

One of the sad things is that I make my living as a communicator and storyteller (because you don't market products and services any more, you tell stories about them to engage people). But how do you communicate and tell stories to people when they don't have the context to understand you.

Listen to me, I sound like a broken record.

The tsunami of advancing technology and my inability to keep up is what really haunts me.

So I guess I really am afraid of ghosts.

But on the positive side, you have more followers on Twitter... now that is spooky.

It is spooky, especially since only about three of them (yourself included) have ever read my blog posts. The rest are trying to sell me things. Sigh.