This too shall pass (even if they shouldn't have) 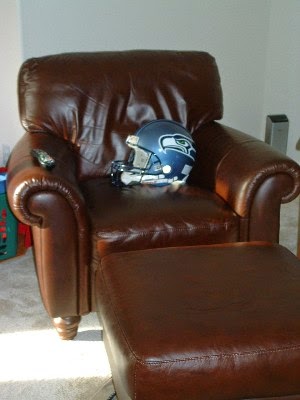 In the grand scheme of things, the Superbowl is just a blip on the cosmic radar. Despite all the hype, it is really just a game and an opportunity to see major (and some not so major) companies' advertising budgets go up in smoke for a 30-second spot. But I couldn't help but take it a bit like a kick in the stomach (or parts south of it), when the Seahawks lost the Superbowl in the last 30 seconds or so because of a bizarre decision to pass the ball when they were on one-yard line with major momentum behind them.

But that would be second guessing a coach who has much more experience at these things than I do. I am pretty sure he was probably thinking they weren't expecting them to pass. They were very likely expecting Beastmode to pop some Skittles, grab the ball and try to avoid getting got (which I'm betting would have been successful and I'd be writing a completely different post here).


It was a rather Karmic thing to lose that way, though. It is usually what happened to Seahawk's opponents...like poor Green Bay for instance. I have to admit sitting there in the last few minutes when Kearse caught a miracle pass while sitting on the ground juggling it for awhile and put them in position to score and win that it was all going to fall in place.

That is usually when the gods laugh at you. One of them, Lokie perhaps, whispered in Pete Caroll's ear, "Call a pass play, they'll never expect it." And at that moment history meandered down a very different path than those of us in Seattle had intended it to wander.

It's all of our faults in a way. We all wanted bragging rights to having our football team win the Superbowl two years in a row. We wanted people to think of Seattle as more than just Alaska's back porch. We committed the sin of arrogance and pride. You can only tempt the football gods so much before they throw in the red challenge flag or blindside you with unexpected tackle.

I also thought I performed all of the required rituals. I didn't wear any Seahawks gear while I watched (every time I wear a Seahawks shirt while watching a game, they lose...I had to switch shirts at half time of the Packers game because I'd forgotten this rule). I didn't attend any Superbowl parties. I endured my son playing Minecraft and whining about how boring football was. I didn't drink beer. I didn't eat hot wings.

And for awhile there I thought my adherence to the rituals of superstition and tradition had worked. But in one brief, but endless moment, it all came to a crashing halt. And Brady smugly marched around with the Lombardi trophy for the fourth time proving yet again that the good looking jocks will inherit the earth and not the geeky drum majors.

But at least I'm not Pete Caroll trying to explain the unexplainable. 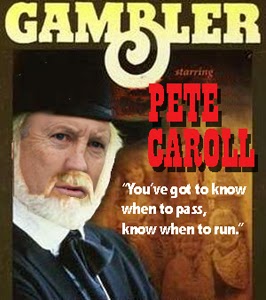