I'm not bringing you down, am I? 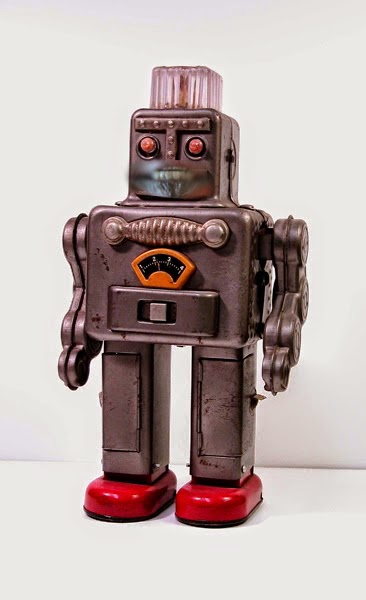 "I'm not bringing you down, am I?
--Marvin the robot, "Hitchhiker's Guide to the Galaxy"

I will confess that I have this fear that deep down (or not so deep down) I am a Marvin, especially in my blog. I harbor paranoid thoughts that people become regular readers and then irregular readers (readers who stop reading my blog very often, not readers who have a touch of constipation) because they get turned off by negativity.

Now granted Marvin had the brain the size of a planet and I'm not saying I have the brain the size of a planet...well maybe Pluto now that it has once again achieved near planet status although a dwarf planet. I don't consider myself superior to other people except for most Republicans and right-wing Christians. Oh, and people who shop at Walmart on a regular basis. I also consider myself superior to anyone who would wear a Utilikilt.


So maybe I am guilty of some "holier than thou" delusions. But it is all in fun. Plus I have always had an uncontrollable desire to scream out, "The Emperor has no clothes." Somebody has to.

Or at least that is the justification I use. Maybe, just maybe, I am trying to compensate for my feelings of inferiority.  Because when you are painfully aware of all of your own shortcomings, you are also painfully aware of everyone else's as well. And I like to think that, as a prolific unpublished writer/blogger, I have a way of pointing out the shortcomings of life in a slightly amusing, and a bit negative, way.

But let's face it, you can't write humor (yes, that is the genre I attempt to write in) in a Polly Annish way. When was the last time you heard a "nice" stand-up comedian? People pay good money to listen to a comedian trash everyone within 100-mile radius. I give it to you for free.

Though relying on negative humor is complicated in this digital age of anti-social media. I am a baby boomer trying to translate life to not only other baby boomers but Generation X, Y and now Z. I didn't even know what a Millennial was until I found out they were skewing all of the statistics of what we should watch, want, eat, wear and think.

The problem with being a Marvin is having that dark cloud follow me around all the time and having people mistake the cloud for me. I'm really not as negative as I come across. Sometimes I am absolutely giddy.  Seriously.

Pinky swear (that was for the Millennials).