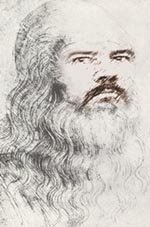 I started writing a pithy post about getting my hair cut on Saturday. Then I realized that, not only was this as mundane as writing about what I had for lunch, but I had already blogged about my hair  several times and I'm all out of entertaining anecdotes about past and present hair cuts.

And even I'm sick of me whining about no one noticing that I got a haircut anyway. You can only play the "feeling invisible" card so many times until people just shake their heads and mutter, "get over it."

Though getting a haircut isn't something that happens that much in your life. Say you get your first haircut when you are two years old and you live maybe to 85. So that's 83 years of getting haircuts. And if you get a hair cut every six weeks, you'll have 719 haircuts in your life. But the haircuts don't really start mattering until you're maybe 11-years old so shave 95 haircuts off the list. And no one pays any attention to your haircuts after the age of say, 45.  So that works out to just about 83 haircuts in your lifetime that really matter.

Kind of puts things in perspective.

Don't get me started on my beard. Although I've always been proud to sport an extremely full head of hair (even as I stare into the grizzly face of 60), I've struggled with facial hair growth since puberty. I started shaving the peach fuzz on my lip while I was in junior high, imagining that it would one day grow in full and awe inspiring.  In my early 20s I tried growing a beard of sorts, but it looked a bit like dying moss stuck to my chin. 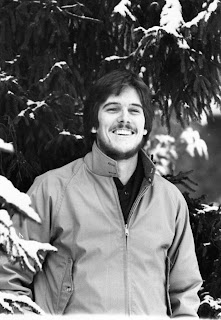 So I settled for a mustache of sorts that I filled in with mascara that really fooled no one. I'm not proud of this. As I approached my mid 30s I was able to grow a goatee of sorts. Eventually I went back and forth between a full beard and a goatee.  But it was never very long or full. 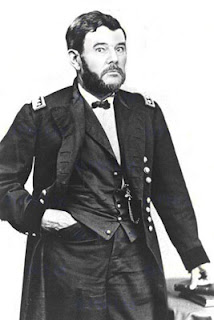 My problem with my beard is that it starts growing in spurts and stops and just when I think I have the potential to go all ZZ Top, I try to trim it. And then all hell breaks loose and I practically have to start from scatch (which is one occupational hazard of having a beard, they itch).

I tried going clean shaven a few years back, but my daughter, who had never seen me without a beard freaked out and started crying about not liking my face (tell me that won't give you a complex). So having a beard protects my daughter from more trauma. And it helps hide some of my double chins.

If you think this post sucks, you should have seen the one I started writing about my haircut at Great Cuts in the local strip mall.  At least this post will hopefully lay to rest any future posts about my beard.