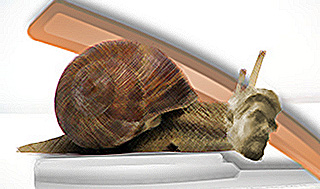 
Suffice it to say, since the audience for the skit were largely Millennials, very few had seen Apocalypse Now and they stared at me as if I was bat shit weird (which is kind of what I was shooting for). I also threw in some lines from Sixth Sense ("stop looking at me" and "I see dead people") which reinforced the impression that not all my dogs are barking up the same tree.

Now one could question why an introvert such as myself would a.) perform in a skit in front of 50 or so people and b.) write lines for myself that reinforces what I would generously describe as my quirky nature but could be interpreted by others as peculiar. I don't really have a good answer other than that sometimes when people start calling, "Dance, monkey dance," I good naturally start dancing and then let my resentful monkey self give over to the desire to start flinging my own feces at the people watching.

Or maybe I want people to reassure me that I am not really bat shit weird but a funny guy. I'm not really sure. I think it is the former.

Ironically, from what I've seen and read about about Brando, I think he may have felt the same way. I watched this documentary called Listen to me Marlon that used hundreds of hours of recordings of Brando analyzing himself. And the other ironic thing I observed is that Brando and Elvis had a lot in common. Both came from humble backgrounds and made a meteoric rise to fame. They both became super stars too quickly and were baffled at the hysteria surrounding fame. Both also became self-destructive and became physically huge. And both eventually came across as bat shit weird. Brando just lived longer than Elvis.

The moral of this story is that we only love our rebel superstars until they get fat and you decide that what we thought was anti-establishment is actually bat shit weird.

Regardless, the snail is still crawling along the edge of a straight razor.