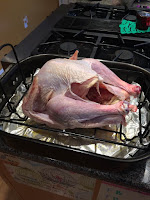 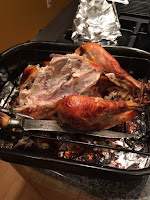 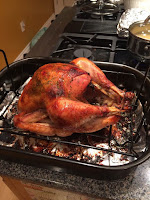 It has been about five years since I subjected my family to Boise for Thanksgiving. I've been there a couple of times on business since my mom died. But I've avoided Thanksgiving trips there since she died.

This year my daughter proclaimed she wanted to see more of our extended family at times other than funerals. So I broke down and booked a trip to Boise for Thanksgiving.

I left Boise for Seattle when I was in my early 20s. And there has hardly been a time when I've visited there that it didn't depress the hell out of me. This trip was no exception.

Despite the rain (and probably because of it), Seattle is a place filled with green and majestic views of the water. Boise is a flat, barren strip mall with majestic views of the surrounding sage brush deserts and gray foothills. To get anywhere in Boise you basically have to get on the freeway and then transfer to major arterials with complicated four-way intersections that take forever to navigate.


We stayed at a hotel in Meridian which is basically a sprawling extension of Boise. The area had been farmland when I lived in Boise. Now it is paved over and packed with fast food restaurants and mini-malls. There was a sports bar next to our hotel with the catch name of Beef 'O' Brady's. We never ate there but we did eat at a place nearby called Moe Joe's Breakfast Eatery.

Basically that is what you do in Boise...eat. Oh, and go to movies.  We went to a matinee at a 21 theater multiplex. The concession bill was $52.

We arrived in Boise on the Monday before Thanksgiving. After checking into the hotel, we drove by where my mother's house, the house I grew up in, had been. It has been torn down and replaced by four townhouses. All that remains is an old maple tree that we planted when I was a kid.

Then we drove to a Red Robin where I used to take my mom when I'd visit. After that we went to a Fred Meyer's to try and find swim wear for the kid's since the hotel had a pool and we had forgot to pack swim wear.

Note to self: do not try to find swim wear in Boise in November. Also avoid Fred Meyer's. It is frequented by extras from the Walking Dead. It is also the store I went to to buy blankets and medical supplies when my mom was dying.

You see, Boise is haunted by my memories. And I find it hard to find and good memories to drive away the ghosts. I used to tell myself that I had a happy childhood. But looking back now, I can't recall ever feeling overly happy. I grew up in a working class family. Both parents had a high school education. My father worked in a warehouse and then as a custodian when the warehouse closed. My mother worked part-time now and then at minimum wage jobs. Our house was small and modest. We didn't travel. There was no luxury.

Going back now, I feel the weight of the place pulling me down.

Regardless, we had Thanksgiving dinner at my brother's house. It was as awkward as I imagined without my mother being there as the commonality that held our family together at one time. We did manage not to discuss religion, politics or stories from out childhood. We ate dinner, hugged and left without anyone protesting on either side.

I had also forgotten that, unlike Seattle, Boise shuts down for Thanksgiving. On the way back to the hotel we wanted to pick up some food for later. The only thing open was a Walmart that was having a pre-Black Friday sale. It was the perfect ending to a Boise trip -- trapped in a sea of bargain hunters in line with large appliances on Thanksgiving evening.

For a brief moment at the beginning of the trip I harbored a fantasy thought that maybe it would be easier to move back to Boise and raise my family in a simpler place that Seattle.  By the end of the trip I knew there would be nothing simple about living there again.

That was so moving, weighed down with emotion. Going there was still the right choice.

Thanks Baggy. Sometimes the right choices are the most painful.