Is it live, or is it Memorex? 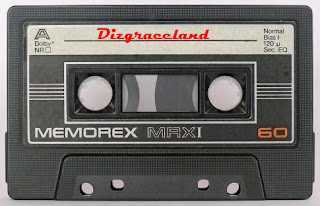 I realize that by using the phrase "Is it live, or is it Memorex" I've lost 90 percent of my audience who wasn't alive when Memorex, a company that sold recording tapes, had ads that used famous singers recording their voices and then having people guess whether they were listening the live version or recorded version.

I suppose I also have to explain that recording tapes were magnetic tapes (first on reels and then in cassettes) that could be used in tape recorders to record music or voices. Tapes sort of replaced vinyl disks or phonography records.  Tapes were eventually replaced by Compact Discs. This was before Mp3s became a thing.

That's a long digressive way to talk about the comments I've been getting on my blog lately.  They are all anonymous. And most if not all have been on random posts from the past. And they are all strangely vague and general things like, "It's hard to come by knowledgeable people about this topic, however, you sound like you know what you're talking about! Thanks," and "It's amazing to visit this website and reading the views of all mates regarding this piece of writing, while I am also eager of getting knowledge."

There are many comments like that. They never really reference anything from the actual post, nor do they get specific about what they liked (or didn't like). So I have to assume they are automated. I just don't know why. Or I didn't know why until I Googled auto blog commenting and discovered there is software that can automatically leave comments on your blog without anyone actually reading the post.

As near as I can figure, it somehow can increase traffic to the person who left the comment's site. I just don't know how. So I figure I now need to not allow anonymous comments on my site and see if that gets rid of the auto comments.

I don't get how I can be blogging for 15 years and still not understand all the rules.
Posted by Time at 9:57 AM

I am not a robot.

We are all robots.