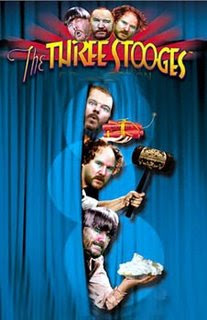 The average human releases 0.5 to 3.5 litres (1 to 3 U.S. pints) of flatus in 12 to 25 episodes throughout the day. The primary constituents of flatulence (collectively known as flatus) are the non-odorous gases nitrogen (ingested), oxygen (ingested), methane (produced by anaerobic microbes), carbon dioxide (produced by aerobic microbes or ingested, and hydrogen (produced by some microbes and consumed by others). Odors result from trace amounts of other components (often sulphur) and nitroglycerin.

Nitrogen is the primary gas released. Methane and hydrogen, lesser components, are flammable, and so flatulence is susceptible to catching fire. Gas released mostly has a foul odor which mainly results from low molecular weight fatty acids such as butyric acid (rancid butter smell) and reduced sulfur compounds such as hydrogen sulfide (rotten egg smell) and carbonyl sulfide that are the result of protein breakdown. The incidence of odoriferous compounds in flatus increases from herbivores, such as cattle, to omnivores to carnivorous species, such as cats.

That cracks me up because I have come to the conclusion that one of the biggest difference between men and women is that guys think farts are funny. This would explain some people's visceral reaction to the classic "pull my finger" schtick. That is okay. The world is big enough for all opinions.

BTW, flatulence figures prominently in much of Chaucer's writing so don't think fart humor is a recent development.

I do want to go on record that, although I have said "pull my finger" to my nieces and nephews, no one has ever pulled it. And if they did, I would not be able to fart on demand. It is not one of my talents. I would like to be able to fart at will, but flatulence for me has always been a random act.

My point is that I paraody buffoonery knowingly. It's like tacky things. If you know something is tacky, it becomes kitsche. It's a subtle distinction that not everyone appreciates. The real trick in pseudo-buffoonery is not stepping over the line. I try to be tasteful in my vulgarity. It is an art, trust me.

So, remember, the next time you point your finger at a buffoon, prepare for him to pull it and keep in mind you have three more pointing back at you.
Posted by Time at 6:18 AM

I guess you may be 'runner up' for the most incredible post ever. The first prize went to a lady who posted about why you can't reuse toilet paper.

Since I am here, have you heard of Paul Cezanne, famous French Painter? He was outside on the street of Paris, painting a landscape. A man had come up and was watching over Pauls shoulder. Paul wasn't pleased, the guy staying and watching but he was ignoring it anyway. After a while the pedestrian spoke and insulted Pauls drawing of a tree, Paul looked back over his shoulder and you know what came next. The pedestrian took it as a sign to leave and hurried off. lol. Nothing special, your post reminded me of this.

Thanks Jim, But just 'runner up?' Dang. I was thinking about writing one about reusing toilet paper, too. :)

That was a good story about Cezanne, too. It was a fitting way to respond to a critic.

laughing out loud, tim! I'm always amazed at your ability to take a joke to the next step and rachet it up a full notch or two.

I personally have always had this uptight thing about farting; mine are almost always silent but can be deadly......while the wife, on the other hand, can sound like WWII, with innocent recklous abandon, validated by the logic that it's better out than in.

I guess it only demonstrates just how totally relaxed she is around me, which means you are definitely married.......

THE Michael,
Note that one of the elements of flatus is nitroglycerin. I'd suggest following your wife's example or one day you will light up a cigarette and explode.

Tim, this nitro thing... do you suppose that could be a valid explanation for the great mystery of spontaneous combustion?

My grandpa did the "pull my finger" thing. I've been repulsed by farting since, not that I needed a reason. I think I have a hangup because for the 10 years I was married, I never did this in front of my husband. If I keep this up, one of these days I may be a nothing but a bit of ash on my carpet.

Shandi,
I think the "pull the finger" thing has got caught up in more complicated emotional issues. I think I know enough about your grandfather to exclude him from the innocent buffoon club.

Tim, please go check out my comments under "The Doors". There is something very strange going on.

Shandi, I assume you are referring to the miraculous similarities between your doors post and Lights in the John's toilet review. I guess I have lowered the bar by writing in depth about flatulence.

Lights, who knows, maybe pulling your leg could prompt another religious movement.

That is most definitely a difference between men and women, girls and boys!! My husband and and son think fart humor is hysterical, my daughter and I just do not get it.