The man behind the curtain 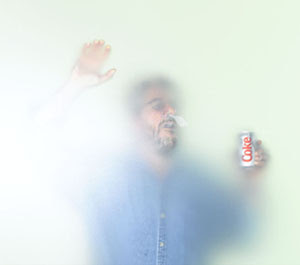 I could have posted another photo of my face Photoshopped upon Dorothy's body, but that train left the station weeks ago. Now I am toying with the idea of just being the Wizard of Oz. It fits well with being invisible. Everything he did was masked by a curtain.

But in a way, we all live behind a curtain, projecting our voices through enhanced filters and flaying our arms with remote controls. And the "us" that others see is a giant head surrounded by smoke and lots of mirrors.

I don't see how anyone can be as they appear to be. I know I don't feel the way I look or the way people tell me they perceive me. I don't like to hear how people perceive me. If it doesn't match my self image, I feel all discombobulated.

The other day, I was watching bits of the movie, What the "bleep" do we know, anyway. I'd already seen it on Netflicks, but it is now making the premium channel circuit. It is a movie that deals with alternate realities and Quantum Physics. It is a thought provoking movie if not comprehensible at a conscious level. Anyway, in the movie they pose the quantum theory that the observer of any given event actually plays a role in physically shaping that event.

I thought about that as I sat on my exercise bike pedaling to nowhere observing this film about Quantum Physics. In a sense, the observer of reality could theoretically be god or God. Then it dawned on me that I was the observer they were talking about. We all are. And if we, as observers shape reality, doesn't that make us gods?

Further in the movie they cite examples of thoughts or meditation actually having measurable effects on physical reality. But, and this is a crucial but (or butt to be crass), just thinking "positive" thoughts about something isn't enough if deep down you still feel negative. You have to believe something in order to make it a reality.

Which brings me back to the curtain. Wouldn't it be funny if we all really were the all powerful Oz peeking at the world through our curtains while we cowered there afraid that reality would discover who we really were. But in reality we are creating that reality by observing it?

If you've never seen the movie, Wizard of Oz, this must sound pretty odd to you. But that doesn't really matter to me, because I'm behind a curtain. 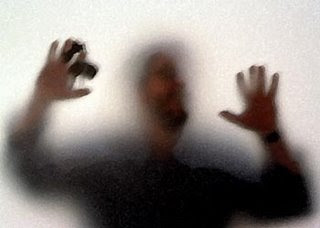 Hayden,
I'm going to remain combobulated regardless of what you call me.

so now you've suddenly added a coke commercial? the ever-evolving posts of tim....

Did I add a Diet Coke can or did you, the observer, create the Coke can?

I'm disappointed that you're not the way I perceive you. I won't tell you how that is because I don't want you to feel discombu... ohhh those big words you use.

I loved the movie myself and had to watch it more than once to get the general idea. Who knows if they're really onto something or not? But... it's refreshing to hear another explanation. This one makes the most sense to me so far.

I was wondering what happened to you. Don't blame you for feeling burnt out. Just how many times have you seen me disappear?

So, why exactly won't you be photoshopping your face onto Judy Garland? Sounds like a winner to me!

I forgot to ask, "What is that coming out of your nose?" At first I thought it was condensation then I realized that itsnot.

Shandi, I would be disingenuous if I did not say I am always interested in the way people perceive me. I just don't always like it. I suppose I haven't really been burnt out as much as feeling quiet.

itsnot...I get it...ha, ha, ha. It really was condensation. We were doing a photo shoot for some billboards that involved a sheet of plexiglass. I couldn't resist.

i don't think i am in Kansas anymore toto..... so i am gonna click my heels together and .. and... get myself outta here before i become more confused than i usually am......

morningstar (who is officially brain dead)

Morningstar, are you telling me you are the scarecrow in this scenario? :)

I want to be a munchkin!

I don't know you well enough to perceive you. I think I like you though.

I'm not sure about individuals shaping reality on a large scale. I've seen some evidence that suggests that large numbers of people focusing on devices that use permanent magnets (for example certain kinds of clocks) may be able to influence the strength of the magnetic field in a measurable way.

An experiment I've always wanted to see done is to choose a small asteroid with a very reliable, well calculated orbit and have a million or more people concentrate, pray, meditate or whatever on it at a given time and then measure to see if its orbit has altered.

I'm still on the fence on mass prayer with respect to sick people. Some studies I've read say 50/50 (no effect) and others say beneficial only if the sick wanted to be prayed for. I'd like to see more serious study.

Thanks Cherish. I welcome you to Munchkin land. It will help if you are short, of course.

R. You are family, you don't need to know me to like me. In fact it helps not to know me.

Have you seen the movie? They talk about experiments with masses of people meditating to change things. Apparently a mass meditation in Washington DC reduced the crime rate by 25%.

Wow, I guess you were busy being introspective during your brief hiatus. Very deep philosophical stuff you've got going here. I like the product placement too. Might be you've hit on a money maker. If they'll pay to get their product in a movie why not a blog?

Lights, I hardly think three days qualifies even as a "brief hiatus." You, my friend, hold the record for hiatuses from blogging. But I do like your idea of hitting up the Coke people for advertising fees. Truth is, however, I prefer diet Pepsi.