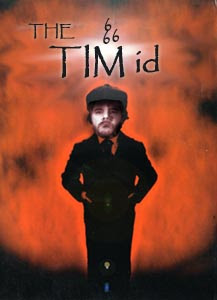 Unless you live under a rock, you probably have heard lots of crap about it being 6-6-06 today and, since 666 has somehow become associated with the antichrist, it has been foretold in Revelations or on some informercial that the devil's son will be born today to lead the forces of evil against the forces of good. That would explain why the Devil Rays are playing the Angels in major league baseball today. The outcome of that game should be interesting but not prophetic.

I saw the original version of The Omen on June 6, 1976. The devil's son Damien was born in that movie on 6-6/76. Nothing truly evil transpired except a few really bad sequels. I don't plan to see the new version of The Omen that releases today. I think the whole 666 hype is a load of horse pucky. I have come to believe that all revelations fall in the same category. I don't believe much in predictions. I do believe in the saying, "Shit happens."

This is not to say I don't believe in ill omens. For example, blogger.com is cursed and has been fighting me tooth and nail to thwart me from publishing this post about 666. I tend to think they are cursed from too much activity on their servers rather than it being 6-6-06.

People are always seeing signs in everything. It wasn't long after the last 6-6-76 revelation that I read something about barcodes being the sign of the beast. I suppose if your baby was born with a barcode on his butt, you might think that, but as far as I know, barcodes are applied to people later in life and can be traced to Walmart. Come to think of it, maybe barcodes are the sign of the beast.

I don't think people really should go to so much trouble to look for the devil. I think there is actually a bit of the devil in all of us. It's that part of you that won't let someone merge in heavy traffic. Or it's that desire to turn around all of the "Do Not Disturb" signs you see in a hotel hallway so they read, "Make Up Room Now," instead. Or maybe it is that uncontrollable desire to pop bubblewrap.

But for me, the devil is Photoshop. 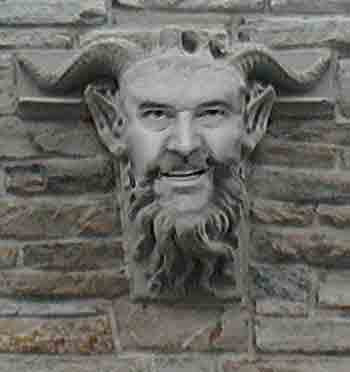 Hell, we have "Anti-Christs" running around all over the place. Bush, Putin, those nutcases running Iran and North Korea, Paris Hilton, and Trent Lott, to name a few candidates. The anti-christ is supposed to come over as a really rightous person, and to their fan bases, all these charactors are "rightous, dude!". As for the mark of the beast, well, if you don't have a social security number, you don't function very well in this society, so I suppose you could add, subract, multiply and devide any persons' SSN and come up with 666. So, what you have in the end is one big divine conspiracy theory that keeps people like fundamentalists frothing at the mouth and making life on Earth a living hell, a self fullfilling propehecy. And yes, Tim, photoshop IS the devil.......hehe.

THE Michael, I knew you would play devil's advocate on this issue.

Zagu, Happy Belated Birthday! With all of the six's in your life, perhaps you should have been named Damien :) Hope you have a peaceful and productive retreat.

Hmmmm My Dad's birthday is 6/6 too and I would not doubt he is the devil's spawn. I absolutely LOVE the picture at the end.

PS: Blogger has been quite the bugger lately. The last three days has been hell with blogger!

The anti-christ... where do I start? I know why the internet was giving you problems yesterday. "www" adds up to 666 in numerology. Apparently, all barcodes contain "666" and when we go to a cashless society, the barcodes imbedded in the back of our hand or forehead will most likely contain the same numerical configuration. It's all so frigtening... NOT!

Believe it or not, I spent most of my 20's studying Eschatology. The Y2K scare was the final straw. Now I anxiously await the rapture, when all those religious fanatics will miraculously be taken away.
Hallelujah!!!

Cherish, If your father is the devil's spawn, that would make the devil your grandfather :)

Shandi, I knew you would be the resident expert on the sign of the beast and the rapture. It is going to be alot less crowded her without all of the bible thumpers.

heheee.... i love the photos Tim. You're such a cute lil devil. Okay, so now i can blame my non blogging on who else but.... the wicked Blogger.com.

Thanks Gina, blogger.com has indeed been demonic the past few days. But trust me, blogging is good for the soul.