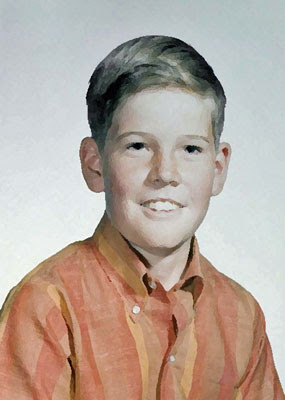 In June, 1968 I was 10 years old. It was the last day of school. I was in bed thinking I was dreaming the sound of a radio announcer saying, "Robert Kennedy is dead, the victim of an assassin's bullet." It wasn't a dream. My parents were listening to radio that morning.

At ten, I was old enough to feel the pain that the nation was feeling that year. It was a bloody year. Martin Luther King Jr. had been killed before Bobby Kennedy. The death toll in Vietnam was daily part of the evening news and the Democratic Convention in Chicago was destined for riots.

I watched the movie Bobby last night. It brought back those memories of waking up to that announcement that yet another Kennedy had been murdered. It was an amazing film. It recalled that night at the Ambassador Hotel in Los Angeles through the lives of several characters who had nothing in common except those fateful seconds when Sirhan Sirhan pulled the trigger and ended a great man's life and the hopes of millions of Americans.

Even though I was alive when the events took place and knew how the movie had to end, I cried anyway. I cried for what might have been if Bobby hadn't been killed. Maybe the Vietnam war would have ended sooner. There wouldn't have been a Watergate. Civil Rights would have come to our nation sooner. And we might have paid attention to Global Warming earlier.

I cried because of what is happening to our country now. We are mired in a senseless war that is Vietnam without the jungles. We have a President that makes even Nixon look like a better deal. We've let our environment tank and we live in an even more violent society than we did in 1968.

Where is our Bobby Kennedy?
Posted by Time at 5:38 PM

history doesn't seem to be moving us forward.

perhaps we don't (in the aggragate) fight hard enough. too many assume that democracy is static, and freedom - once won - is forever.

there is something in the american soul that seems to believe so fervently in "progress," in things getting better - that it is unwilling to believe it doesn't automatically work that way.

Oh Yes! Even I remember that. I still see that picture on the front of the paper. It is ok to cry and wonder about the what if's.
Unfortunately it seems in this day and age anyone who stands up for anything other than what the establishment wants ( What ever the establishment is! ) is hunted down like a dog and crushed.

So we will be stuck with what we have until we ALL say enough is enough!

Tim if ya gonna cry, cry for the whole world we are all in this together, just live in different times!
Oh, and ya ain't crying alone, I am with ya!

It is very scary to think that the people who are in charge of our countries sometimes have their own personal agendas and don't do whats best for the good of mankind and Mother Earth.

Strangely enough my early childhood memories are more of JFK than Bobby yet I was younger when he was killed.

It's good for the soul to have a cry now and then Tim and I'm glad you're not one of those macho men who is afraid to admit it. You just stepped up another notch on the ladder of high esteem in which I hold you.

Hayden,
The thing that I find the hardest to accept is that politics never changes. Every four years we fool ourselves, stoked by campaign rhetoric, into thinking it is going to be different. But it never is.

Whitesnake,
Thanks, even though we are continents apart, it is nice to know we have common beliefs.

Isabella,
I was five when JFK died. I knew everyone was upset, but I didn't really understand it. At 10, I was old enough to begin grasping the saddness of it all. Now at almost 50 it struck me what really happened on the day Bobby died.

I remember crying at the screen door when my older brother and his three best friends left for viet nam. I can't understand what's happened to our passion for change. Sometimes I think our generation is much too apathetic.

These are terrible times ...

I was seven when kennedy was shot; remember it perfectly - teachers were crying, students were crying, went home and mother was crying. Like Isabella I recall jfk more then bobby's; though younger.

more people should be crying now.

I was born in 1968 .... so I wasn't around for either.
However, I listened to my older family members talk about both Kennedys, Martin Luther King and of course, Vietnam.
I had 2 uncles that served in that war, and thankfully, both made it home alive and intact.

So for me, I always had the mythology of these men, and to this day, it still inspires me, and makes me wonder what exactly would have happened if even one of those 3 men weren't killed.

I suppose it's kind of odd, but the first recollection I have of politics or political figures is when Nixon resigned. It seems silly now but I was very upset at the time. He was the only president I had been aware of and I guess it hadn't occured to me that presidents weren't permanent.

Kat,
I think the young are more likely to have the energy for that passion that sparks change. I'd like to have it, but I just feel tired most of the time.

JP, It does seem that way, doesn't it?

Ascenderisesabove,
Thanks for stopping by. I think JFK's death was so shocking and new that it sunk in more. By the time Bobby was shot the country seemed to be getting numb to violence.

Blaznfyre,
I'm glad your uncles made it through Vietnam. It ended a year or two before I turned 18. I can't tell you how relieved I was.

I'm definitely not advocating violence, but at least someone, somewhere cared enough to go to the trouble of an assassination. Know what I mean?

Look, "Land of the Free, Home of the Brave" is done. Americans got too greedy and turned away from what was good for them. Frankly, if God really did bless America I think a lot of people would be out of a job.

There really isn't any point in rallying for any meaningful change because the alternatives are worse. Machiavelli wrote about the fragility of democracies and how quickly they can turn to tyranny.

Thanks to the failed War On Drugs we have paramilitary police on the streets. We have several agencies who act as secret police. We have a legal industrial complex whose only purpose is to profit by putting people in prison. All the tools tools of tyranny are sharp and ready to be be used by a leadership willing to swing them.

I'm incredibly thankful I can still write this and be reasonably sure I won't be disappeared tomorrow.

In my opinion this is not a historical swing of the pendulum. This is not a Republocrat vs. Demipublican thing. It's simply the conclusion of a 231 year old experiment which failed to be self sustaining.