Who Art in heaven? 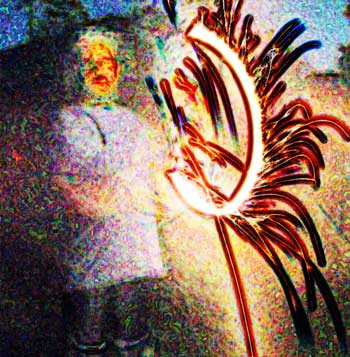 Even though my father was called Art, he wasn't really an artist. Though he did do alot of those paint by number paintings of horses and landscapes. But that isn't technically being an artist. He did take up macrame in his golden years. I got lots of plant holders as gifts. I don't think macrame is technically an art. It's more of a craft. So my father was more of a craftsman. Though he wasn't really a crafty person in a sly, fox-like way.

Sometimes explanations can get out of hand.
Posted by Time at 8:12 PM

Are you TRYING to confuse me?

Gypsy,
See my previous post and apply that to this one.

But then again I may just be trying to confuse you.

I followed that. yep. sure.

"Sometimes to understand something you have to not think about it."
Geez...