My life as an onion 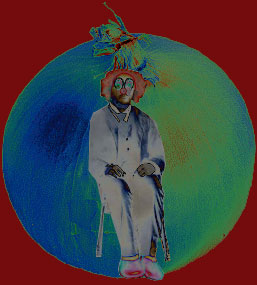 If I were to wager a strong guess, I'd bet that the forbidden fruit Eve partook of in the Garden of Eden was more of a forbidden vegetable. And that vegetable was probably an onion.  Because what symbolizes life and reality better than an onion (including the tears when you chop it up).

In a very layman and uneducated sense, I subscribe to the multiple worlds theory of physics in which there are multiple realities or universes existing simultaneously at any given moment. We navigate through these multiple universes by the actions (or inactions) we take in life. And as we move through these universes, we create layer upon layer of experience that is much like the layers of an onion. To understand your life, you can't just peel away layers, you have to view them as a whole. Because the onion, and your life are nothing without all of the layers.

I also think that, rather than viewing experience as linear, we need to step back and view it as layers of simultaneous reality happening independent of a beginning and an end. We are more aware of the layer we are  on because it is closer to the surface of our onion. But if you were a worm burrowing straight down through the onion, you'd find all of your experiences at that moment.

This is why, I think, as we age we have these odd flashes of what we believe to be vivid memories of the past (for want of a better term). Sometimes I'll be walking along and have this odd feeling that I am sharing space with younger versions of myself living out their layers of the onion.

For some reason we seem to be able to look down through the layers with more clarity than we can look up through the layers. Maybe this is where Quantum Physics comes into play. If indeed there are an infinite number of universes existing at the same time, we don't become aware of them until we actualize them by our actions. In other words, you can see all of the universes you've touched, but you can't distinguish the ones you are going to touch until you actually touch them and add them to your onion.

As I age, this theory is somehow comforting to me. I just haven't figured out what eventually happens to the onion when you die.

Interesting comment. I'm not sure what an Ibsen play has to do with it, but I'm sure somewhere in your onion it makes sense.

Ibsen makes a comparison of Peer to an onion: layer after layer but nothing at the core.

Peer is to Onion as Dead is to Fertilizer.

So to answer the question of where the onion goes when you die: To help push up the daisies.

Well, when you put that way, it has a certain layered logic. I must confess I have never read much Ibsen.

It would support my theory that we are nothing without our layers.