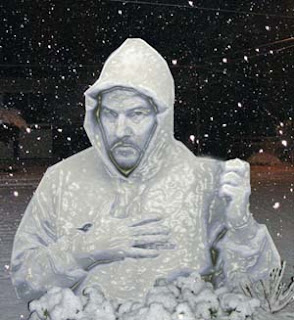 "Now is the winter of our discontent..."

"Everyone talks about the weather

, but no one does anything about it."
--Mark Twain

I do not support people raging against the weather because for the most part, we can't do anything about it. But that being said, I am pretty sick of the crappy weather we have been having.  It is April and it still feels like a harsh Pacific Northwest winter.

More than anything else, I'd just like the rain to stop for awhile. I realize that this is Seattle and we are supposed to be famous for our rain, but seriously it really doesn't rain that much here (or it didn't). Now were are deluged with what seems like non-stop rain, mud slides and flooding.

Yet still flowers are blooming but looking miserable. If they could speak in a manner understandable by humans, I imagine they'd be saying, "What the f**k is up with the weather?"

We did mow our meager little yard over the weekend. But yard work is crammed into brief sun breaks. And it seems like more and more we are simply trying to contain the moss more than anything else. I'd just like long enough break from the rain so that we could keep the ivy, blackberry vines and dandelions at bay.

I'm sure Al Gore is smiling his, "I told you so" grin as people wring their hands wondering what is up with the weather. I kind of understand that global warming doesn't mean everything is going to get warm and that extreme climate change is to be expected. I guess I kind of wished that Seattle would have become the next Caribbean and I could start taking steel drum lessons.

I also wish that we could do something about global warming that didn't involve carrying around your own reusable grocery bags. Our community is one of the ones that banned plastic bags at grocery stores. So now we have nothing to empty our cat litter boxes in. I miss the days of self-indulgence when we could use as much of our natural resources as possible without worrying about consequences.

Those were the good old days.