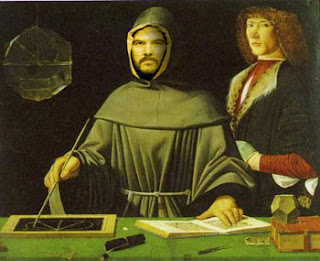 I love it... mostly because I made the same note of the significant date yesterday that you did and I lost my train of thought while explaining its profundity. I happened to be getting a tattoo of a German flag, the Colorado state flag and an 8 bit heart with the words 'liebe ist fur alle da' in the middle of it. Not sure how that all ties together, but it has to mean something, right? :D

Kyle, Everything is part of the great jigsaw puzzle. The trick is finding all the right pieces :)

No, the trick is not caring if you have all the right pieces.