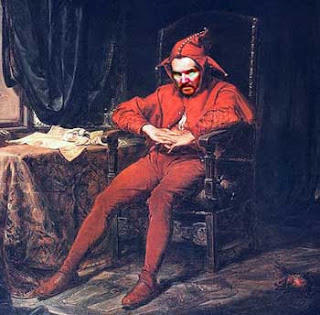 There is nothing like going to a funeral to make you think about the inevitability of death. Technically it wasn't really a funeral. It was a memorial service. The person had died a couple of weeks earlier and had already been cremated.

I did not know this person well. They were not a a close friend or family. I had worked at the same company with them at one time and had mutual friends and acquaintances. But I had known the person for years. And then one day I heard that she had died unexpectedly in an accident in her home.

The term "died unexpectedly" seems so odd. We all know that eventually we will die. We just don't expect to die. We don't wake up in the morning expecting to die that day.

But I digress. Bottom line, I went to the memorial service for this person I knew but hadn't seen in years because I couldn't really fathom that in the blink of an eye she was just gone. I stood in the foyer of the church greeting acquaintances who also knew this person, chatting awkwardly trying to ignore the reason we were all here.

It was an abbreviated Catholic service interspersed with hymns, Bible readings and incense. I am sure it was a standard type thing organized by a shocked family not prepared for an untimely death (Untimely death. Now that is better than "dying unexpectantly"). Even the memorial program was obviously developed from a template. It hadn't been proofed and contained the name of some other person from a previous memorial service.

The priest checked his watch throughout the service and wrapped it up. I imagine the chapel was booked for the next event and he had a schedule to keep that couldn't be thrown off by death, untimely or not. We were herded into a reception hall where cookies, coffee and tea were served by church volunteers.  And then the testimonials began.

I looked around the room at the people in a circle beginning to tell their stories of the person who had startled everyone by passing. And almost all of them were people from her workplace. Like me they had passed her in the hallways or sat in meetings with her and were concerned when she didn't show up for work as expected on Monday.

But I noted sadly that outside of work acquaintances and some distant family members, there was no one else. Where were her friends? Oh, I realize that people can work together and be friends, but I've learned over the years that these people are only temporary friends. You are thrown together more often by circumstances than choice. So when someone leaves a workplace, people rarely stay in touch.

I left after someone noted that the deceased had always brought pastries to the parking attendants in the building she worked at.

People say that funerals and memorial services are for the living, not the dead. It is supposed be an opportunity for people to come to closure over the passing of  friends or family. I can't help but think that they end up just making us focus on our own mortality. So when we walk out the door of the church or reception hall, all we want to do is wrap ourselves with that comfortable denial of our daily routines that keep the inevitability of death safely tucked away where it should be.

Because life is about living, not about dying.