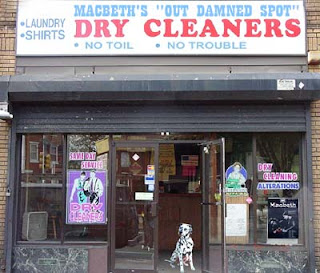 Actually I like Spotify. And in case you don't know what I am talking about (which is highly likely), Spotify is an application that let's you listen to what seems like an endless supply of music on your computer for free. Sounds like Pandora you say? Not. Pandora only lets you type in a song or musician you like and then plays stuff like it. Spotify actually plays what you want when you want it.

I haven't a clue how it works. You download an application (that so far our IT people haven't forbidden) that pops up when you log on. It looks like a media player. You can browse new music or type in your favorite musician or song and it will pull up an amazing number of songs by that artist or cover songs of that artist's work. You can then create your own playlists.

For example, when Doc Watson died recently, I had a hankering (country word for urge) to listen to the song "Tennessee Stud." Not only did I find Doc Watson's version of the classic blue grass song, I found 21 other versions by various artists. Now I can listen to an hours worth of "Tennessee Stud" non-stop to satisfy my OCD nature.

I also have a playlist with twelve versions of "Con Te Partiro" including one by Donna Summer (which is pretty sucky). Right now I am listening to the Beatles. Well, actually, it is Beatles cover music, because apparently not all artists have bought into the Spotify model and allow their works to be played for free. This can be kind of annoying when you are trying to listen to Pink Floyd and all you can find is versions of the Wall played on pan flute.

I am not sure how Spotify makes money. They do have premium versions that allow you to play the music without ads, offline and on your mobile device. But I don't really have the need to pay $9.99 for the premium when the free version works just fine for me. Why buy the cow when you get the milk for free?

I suppose I shouldn't say that. They may take away my free version. And what would I do without 40 versions of Cotton Eye Joe?
Posted by Time at 8:11 AM

Not for the first time, none of that made sense to me.

Nonsense is only nonsense until you find the point where it makes sense.