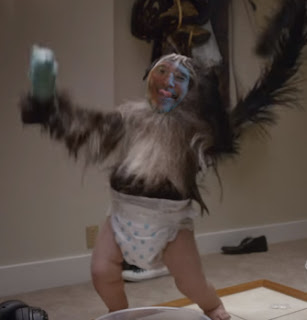 
I didn't actually get to watch any of the Super Bowl commercials on social media because Boost Mobile, my cut rate service provider has slowed my data speeds down because they say I've exceeded my monthly limit for February although my monthly service period started on February 2. I supposedly exceeded my data limit in less than three days. But when I contacted them and asked how this could be possible, they told me that it had sometime to do with a grace period program that allows me a 15-day grace period to pay my bill before service is disrupted.

Once again Boost Mobile wins the prize for the cheapest phone service and the most confusing customer service system in the world. No matter how many times I contact them via the Web and ask for them to respond via e-mail, they still call me. And all of their customer service reps speak in this incomprehensible language that is a combination of scripted jibber jabber interspersed with platitudes. And they are always grateful to be fore being a Boost customer.

I had to look up the Super Bowl commercials on the Web today. And there were indeed some hilarious ones. The creepiest award goes to the Mountain Dew #puppymonkeybaby spot. If that doesn't give you nightmares, I don't know what will. A close second was Willem Defoe dressed up like Marilyn Monroe for a Snickers commercial.

I did really like the Mexico Avocados from space spot. It was pretty entertaining. The Bud Light Party with Seth Rogen and Amy Schumer was funny in a raunchy kind of way, but there is really something I don't like about Amy Schumer. And I really liked the Steven Tyler Skittles spot.

I can hardly wait for Super Bowl 51. Maybe I'll have a third television by then.
Posted by Time at 4:41 PM