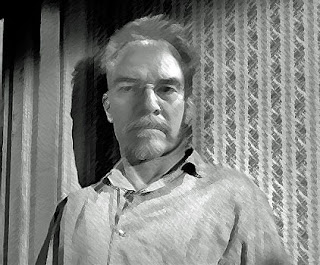 
Boo Radley kind of reminded me of my Uncle Ira. He lived in my grandmother's back bedroom and rarely came out of the room that I can recall. When he did, he acted very much like Boo Radley except he talked, albeit in a painfully drawn out western accent. Though he only seemed to talk to my mother. A typical conversation would go something like, "Welllllllll, Ruthhhhhhhh. How.............'R...........you." A greeting could go on for about 20 minutes.

Apparently Uncle Ira didn't leave his room much because he was convinced the Red Chinese were tunneling under the house to get him. They never did, but he did end up in a state facility in Blackfoot Idaho after my grandmother passed. The last time I saw him was at my grandmother's funeral standing by her open coffin waving goodbye to his mother. He has since passed.

Harper Lee is one of those rare authors who hit a home run on her first up to bat as an author. And then she basically never went to bat again. Oh she published Go Set a Watchman as a sequel to To Kill a Mockingbird in July 2015, but it turned out to really be the first draft of To Kill a Mockingbird that had set in a drawer since the 1950s, dusted off and pawned off as a sequel.

I can kind of understand why Harper Lee didn't write after the overwhelming success of her first novel. Once you've raised the bar to the top, there's no going back. Anything she published at that point would be compared to To Kill a Mockingbird and not favorably, I'm sure. And since her first book was semi-autobiographical, there probably wasn't much left in her to draw on for a new novel. Of course she could have written one about a new writer whose first book won the Pulizer Prize and then became a semi-recluse.

One interesting side note about Harper (whose name was actually Nelle Harper Lee) was that Truman Capote was a childhood friend and was the inspiration for the character Dill in the book. She later helped him research the story that would become his book, In Cold Blood.

Anyway, RIP Nelle Harper Lee. Say hello to Boo Radley and my Uncle Ira. Hoping you are all at peace.