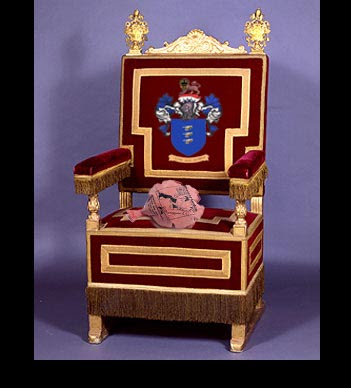 
I don't recall exploiting my humor much until I was college studying Journalism and wrote a humor column for the college newspaper. It's where I found my voice and style. And it was even mildly successful on campus.

I always gravitated toward humor writers like Dave Barry and Tom Robbins, writers who wrote with an intelligent wit that made you laugh, but think. That's what I aspired to. But getting a job writing like that is a rare thing.

The dull as dirt stuff I ended up writing for work inspired me to look at ways to use humor to keep my mind from turning to jelly. I tried adding humor to slide show scripts and newsletter articles I was writing for work. It rarely went over well. I turned to drafting funny newsletters for people's retirement parties. This turned into drafting skits for staff meetings and then emceeing going away parties and such.

Mine is a sarcastic humor. It is a rare meeting I attend now that I don't interject some smart ass comment. Problem is, my humor always seemed funny to me when I believed it was funny. But every now and then a bit of doubt creeps in. I catch myself saying stupid stuff. I've even had some of my staff refer to my "dad jokes." Ouch.

I occasionally will attempt to be funny on Facebook and have found that I get mixed responses. Last week I posted a slide show of some of my "funny" inspirational quotes that I originally posted on my Dizgraceland page. Now whereas I can post a photo of my daughter playing in a recorder concert and get 20 or more likes, I got three likes for my "funny" quotes.

Nawww...I just think I need to get a bunch of new friends.