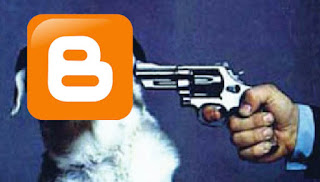 Linkedin is an entirely different story. The 470 connections there would simply have frowned and wondered how they were going to get me to hire them or their consulting firm. People on Linkedin just don't have a sense of humor.

I find it a bit disturbing how political Facebook has become, though. Granted, the photos of kids and pets were becoming a bit mundane, but I am getting sick of the constant diatribes about that buffoon squatting in the White House and how near he is to being ousted.

If only it were true.

That's the thing. Nothing in the Internet can be trusted. It's not like the good old days when you'd get those great direct mail pieces from Publisher's Clearing House declaring YOU HAVE not WON A MILLION DOLLARS! That's when America was truly great. At any moment a washed up celebrity could appear at your door with a giant check and a bunch of balloons declaring you had won a sweepstakes just for buying magazine subscriptions. You don't get that on social media.

Even e-mail used to bring more genuine offers to wire you millions of dollars from lonely Nigerian cocoa plantation owners. I miss those Nigerian spammers.  You don't get those types of offers on social media either.

I wonder what will eventually replace social media. Will we don virtual reality headsets and spend our time mingling in virtual parties while wearing virtual lampshades on our heads? Or will we stop interacting with people completely and settle down with the next generation of AI friends who want to carry on real philosophical conversations in between you asking them what a duck-billed platypus sounds like (my daughter wanted to know).

In the meantime, I'm going to hunker down here and wait for blogs to make a comeback.

What? It could happen. It's not like I am still waiting for traffic on my MySpace page.