Take it to the limit one more time...on getting old 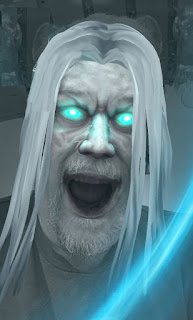 And it's so hard to change
Can't seem to settle down
But the dreams I've seen lately keep on turning out
And burning out and turning out the same.
So put me on a highway and show me a sign
And take it to the limit one more time.

--"Take it to the limit" The Eagles

Aging baffles me. It's this cruel trick of the mirror that seemingly over night started showing me someone who isn't me. Or at least not the me that my mind's eye sees.

So far for me, aging is a physical thing. I still, for the most part, have a young mind. Oh, I have moments where I can't remember things. But that has pretty much been with me all my life.

I'm not as flexible physically as I used to be. Even though I workout almost every day, I can tell that I'm slowing down. Rising from a sitting position on the floor after playing a board game with my kids isn't accomplished in one fluid moment any more.

Ok, I likely have another 25 or 30 years to live but the reality that I'll be living those years in an old body is pretty daunting. It's not like when I was in my 20s or 30s and didn't really see an end. I could easily rely on "somedays". Now someday seems like a diminishing possibility.
When you are young, you have this potential of greatness. It seems like less of an option after you pass 50. Oh, sure, people can cite all of these people who accomplished great things in their twilight years. But in the digital age we're in, it seems youth is the coin of the realm. If you are an aged writer, your voice just doesn't resonate with the generations who have taken over. If you fancy yourself an artist or a musician, you are relegated to simply being amusing in a retro kind of way.  And then only if you had achieved something while you were young.

His words stung me. Although I accept that I am older than your average father it still gets to me when I drop by my kids school and their classmates ask if I am their grandfather. This is to be expected since most of the other parents are a good 25 years younger than me.

But there is little you can do about aging. I refuse to combat it by trying to dress and act young (and just for the record I like playing video games). Pony tails, earrings and other affected accoutrements don't make your young or hip, just pitiful.

Oh dear. That sounded a tad low. 'Take It Easy'.