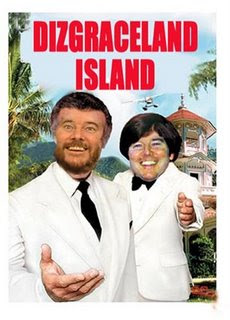 We live in a world of complaints. I get them at work. I get them at home. And most of the time I sit quietly and stare into space. But sometimes I complain back, just not generally out loud. I used to write letters, then e-mails.  Lately I use social media.

Case in point. Our garbage disposal broke a year ago in April. You don't know how much you miss a garbage disposal until you don't have one. I tried buying a composting bucket, but my wife complained about the smell and the fruit flies it attracted. So I ordered a new garbage disposal on Amazon.

Now not being an expert on garbage disposals, I ordered one by Waste King that seemed highly rated on Amazon. It was also on sale. Still it cost me around $100 which still seems like a lot to me for something that grinds up food scraps. And since my handyman skills stop at changing light bulbs I also ordered professional installation through Amazon that set me back another $147.

A search online told us that when a disposal is leaking internally, it is time to get a new garbage disposal. It also said a garbage disposal was supposed to last at least ten years. So I go on Amazon and find my garbage disposal order and find a product support link for the disposal. Turns out the Waste King is a Moen product. I found the limited warranty for the disposal on their Webpage. Reading through the legal mumbo jumbo, I determined that the disposal should still be under warranty. It has a support number to call. I send it to me wife because she does all the verbal complaining to companies for the household.

She calls and a very assertive customer service person says the warranty doesn't cover leaks (although it does specify what leaks it doesn't cover...flange ring leaks, dishwasher connection leaks and elbow joint leaks...it said nothing about internal leaks that the Internet world claims mean the disposal is toast). The customer service person promises to send us an email explaining how to trace the leak. She does and it is of no help whatsoever.


My wife is not happy and informs me we aren't going to buy any more cheap appliances (we had just replaced our dishwasher with a $400 model that cost us another $600 in plumber fees to install...I didn't consider that cheap, but she wasn't happy with the way it worked). So I read through the warranty again and found an e-mail address. I e-mailed the address with proof of when we had purchased the disposal and pointed out that we had indeed determined the leak was internal to the disposal and should be covered by the warranty.

I didn't receive a response to the e-mail so I went to the Moen Webpage and looked for another contact method. They only had snail mail addresses and the support number we'd already tried. So I sent a letter with the back up information. No response.

This month's Consumer Reports suggested that social media was a good way to get customer support since it was visible to the public. So last Saturday night I posted snarky posts on Twitter and Facebook directed at Moen and their lack of support. By Sunday morning I got a response on both Twitter and Facebook asking me to direct message them with information about when the disposal was purchased, the serial number and my address.

I was very polite when I responded with the information. They then asked if the disposal motor was still running and, if so, did it only leak while running. They also asked for a video of the leak. I made a very dramatic video of the disposal leaking and sent it to them.

In a couple of hours they responded that it was rare to see a disposal still running that had a leak but they were sending me a replacement. It is supposed to arrive in a week.

So all that time and effort to get a $100 garbage disposal replaced. And now I have to fork over $147 to some schmuck to install it for me. I toyed with asking Moen to reimburse me for that, but I was too giddy about actually getting them to replace the thing I didn't want to push my luck.

Now if I can just win my battle with jerseyeasy.com to get my $42 refunded for the Xbox controller I paid for that they aren't going to send because they don't actually exist.
Posted by Time at 2:43 PM