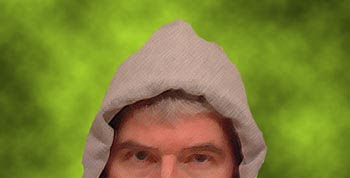 There have been times in my life when I thought I was kind of witty. And then it occurred to me that maybe I was only half right. But hey, a half wit is better than none.

Humor is subjective anyway. One man's humor is another man's tragedy. Case in point: There was this great old theater in Boise when I was growing up. It was built in the 1920s in an Egyptian motive when King Tut's tomb was discovered and sparked a nationwide ancient Egyptian craze. It was eventually renovated and restored to it original splendor. But before that I kind of enjoyed it in its seedy decline.

I particularily got a kick when the theater was crowded sitting in one row in the middle of the main floor behind a row with a missing seat. Inevitably some guy loaded down with popcorn, soda and several candy bars would see the space where the missing seat was and start sliding down the row thinking it was available. The victim would get to the spot and since the theater was dark attempt to sit down totally unaware that there was no seat. The result was a satisfying scream and popcorn and soda flying everywhere. I don't think I ever witnessed anyone warn anyone that the seat was missing.

It still cracks me up thinking of that. It was my favorite part of going to that movie theater.

Hometown Egyptian motif theatre with missing seats in your childhood...it's all making sense now. At least half of it does.

With regard to your new masthead. [hangs head in shame] I feel halfway responsible for the creativity that may have sparked this melding of the juices (so to speak).

I officially apologize for using your blog as my own private chatroom. [hangs head lower in shame - damn, it's now so low I can see my underwear...awe, thank you, Victoria's Secret, low rise, uhm...I digress] I officially apologize for using Shandi as my object of flirtation, realizing full well that in the process of doing said flirtation, also engaged The Michael to be witness to two women in a soft-porn-type state of mutual admiration.

Okay, so all that up there is half true.

Seriously - Tim...your blog is my respite from all that ails me. It is the first thing I check in the morning. Please don't ever stop.

I decided to take the day off today, slept in until 10. Was feeling quite refreshed and decided to check out what 'ol Tim was up to since he apparently has no writer's block and comes up with great ideas daily.

Immediately stated laughing hysterically. Hope it was meant to be funny. I hate it when I'm the only one laughing.

Your creativity amazes me Tim.

Now... about the theatre, I probably wouldn't have told the guy either.

My favorite childhood movie theatres involve a drive-in in Medford. My older brother's and sister would come out for the summer, having seen most of the movies already. We would park across from the movie screens and watch the movies without sound. My brothers and sister would tell us as much of the dialogue as they could remember. Eventually they stated audio recording movies as they saw them and bring the tapes out with them. We would play the tapes parked across from the theatre. I saw "Grease" and "Raiders of the Lost Ark" this way.

Miss Bliss,
No apology needed. It amused THE Michael and that is what this is all about. And half truths are better than no truths.

Shandi, I wondered if you would recognize the masthead :) That's funny about the drive ins...another thing that has gone the way of the record player and the cassette tape. But that was pretty clever of your siblings to record the movies and use them so you could watch the movies from outside the theater. I remember going to drive ins, too. I just don't remember watching any of the movies.

I'll make you a deal: Next time we're both in Boise together we'll go to the Egyptian since I've never been.

I love it when you catch up on my posts Gina. It's like finding these little presents hidden throughout my blog.

R. I can't believe you never went to the Egyptian. We went there all the time when we were kids. You would think your uncle would have taken you.