I'm just messing with you 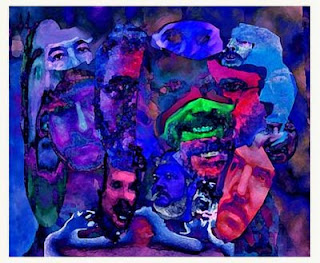 I read an article online this morning by Time (the magazine, not Time, my online persona). It's title was "Are my devices messing with my brain?" The answer is of course they are. Duh. The biggest problem being we have become Pavlov's dog and slobbering uncontrollably when we hear a beep or bell signalling that an e-mail or text has arrived or someone has updated their status on Facebook or Twitter. If you don't get the reference to Pavlov's dog, Google it. I'm tired of explaining cultural and intellectual references that you should know if the education system was doing it's job.

The point that most fascinated me about the article was the concept that focusing on too many apps, sites, or messages affects our ability to focus and finish things. The article quotes Dr. Earl Miller, a professor of neuroscience at MIT:


“Every time you switch your focus from one thing to another, there’s something called a switch-cost,” Dr. Miller. “Your brain stumbles a bit, and it requires time to get back to where it was before it was distracted.”

If you've read more than a fair amount of my posts, then you've seen the effects of "switch-cost" on writing demonstrated. I punctuate my lapses in focus with the phrase, "But I digress."

According to Miller, it takes the brain 15-25 minutes to get back to the task at hand when you were focusing on something major and get distracted by a Twitter post by Time about whether or not your devices are messing with your brain. The ironic thing about reading the article on Time's "You asked" site was that it was full of video stories that popped up right in the middle of the article that just begged you to yell, "Squirrel" and go chasing off after a story about protecting your selfies from hackers before you realized you don't have any selfies to protect and you hadn't finished reading the devices messing with your brain article.

Apparently spending a lot of time multi-tasking with your smartphone, laptop, tablet and desktop puts a strain on our prefrontal cortex that controls our will power and decision power. The prefrontal cortex is supposed to keep us from doing stupid things (like multi-tasking with your smartphone, laptop, tablet an desktop). And apparently the prefrontal cortex isn't fully developed until you are in your early 20s (which explains so many of the stupid things I did before I turned 20). So all of the device use by young people with undeveloped prefrontal cortex's could be a problem (i.e. these are the people we will trust with paying into social security when I need to start collecting it).

That's a "switch-cost" I'm not looking forward to.

But if it is any consolation, when I was growing up, people were telling us that television would rot our brains and ruin our eyes (for some reason there was a whole market that popped up for TV lamps that you put on top of the television that were supposed to prevent you going blind).  And look at me now! I'm well into middle age and I monitor just about every social media site there is, stream Netflix while watching YouTube and playing Minecraft.

I'd say my prefrontal coretex is as healthy as any 15-year old boy.