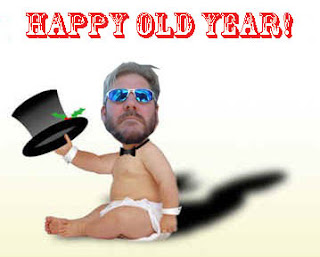 Once again I marvel at how quick a year has past and I wonder what I have to show for it.  I did take my family to LegoLand and Disneyland (I have the bills to prove it). But 2015 won't be one of those years that stand out in my memory.

Not that my memory is that great anymore. Which is sad. Because memory is one of those few things you can hold onto that doesn't require filling up your garage with plastic bins. It's just that the older you get, memories seem to overflow and run together. But it is only logical that that would happen when you layer yet another year of memories on top of the old ones.

So sifting through memories becomes more and more like an archeological dig as you drill down through the many layers to find that one memory you are looking for. Though there are some things I'd just as soon leave buried.


I did amp up my social media activity in 2015, especially on Twitter. I got my Twitter followers up to over a thousand largely through a third party site that rewarded you for following people by getting others to follow you. It was largely a social media Ponsi scheme because most of the people that follow me had no interest in anything I post or write. So now I sit back and watch my Twitter followers slowly drop off as they realize that I don't really have any tips for them to use to get more Twitter followers.

Facebook remains static at just under a 150 friends. Dizgraceland only has 23 likes. Though I don't really promote it there. I especially don't promote it to friends or family because somehow having people I know read it kind of puts a damper on what I can write without starting to be afraid I'll offend someone.

I don't think I have any followers on Pinterest, mainly because I don't have a clue what Pinterest is or how it works. But I have an account.

But enough about social media.

I am kind of looking forward to 2016 because on my birthday in March my age will coincide with year I was born (minus 1000 years). That's the only time that will happen in my lifetime. I am not looking forward to the presidential election because I have this sinking feeling the psycho rabble will elect Trump because they were disappointed George W wasn't able to destroy our country in two terms and Donald seems much more likely to do so.

Oh, and 2016 will mark my 40th high school reunion if anyone remembers (or cares) to hold one. Not that I think that I would go regardless. That is one archeological dig best left covered up.