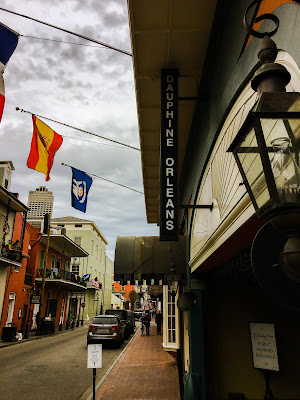 I just got back from a business trip to one of my favorite cities, New Orleans. I've visited the city seven times in the past 20-some years. And although it has a reputation of being haunted, I have never seen a ghost there. I have seen some scary people there. And I've seem some people who seem haunted. But no spirits.

When I booked the Dauphine Orleans for this trip, it was said to be haunted. It was the site of a former brothel and was said to be haunted by some of the women who worked there. There was also supposed to be a civil war soldier who appeared now an then. But with the exception of a lot of screaming coming from the streets outside my balcony windows (it was Mardi Gras time), I didn't hear or see anything remotely supernatural. 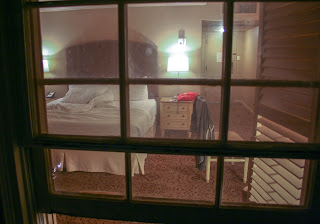 I have pretty much given up on believing in ghosts anyway. I've stayed at many supposedly haunted hotels including the Del Coronado in San Diego, the Queen Mary in Long Beach, the Geiser Grand in Oregon, Thornewood Castle in Washington and the Bourbon Orleans and the Chateau La Moyne in New Orleans. All were supposed to have ghosts. And all of them snubbed me. Though the Geiser Grand felt haunted.

I shouldn't be surprised. All of the Alan Watts philosophy lectures I've been listening to speak to death as just a respite between living. The concept of a soul trapped between living and dying doesn't really make sense.


But still, I kind of wanted to experience one. The room I had at the Dauphine Orleans didn't even feel like it could be haunted. It had plastic cups. What decent ghost would haunt a place that only provided plastic cups? 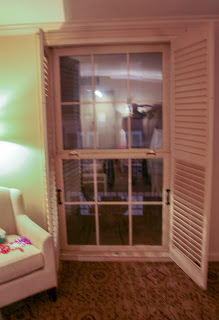 But just about everything you drink comes in a plastic "to go" cup. So maybe the ghosts don't care. Or maybe I'm giving a disembodied spirit too much credit. 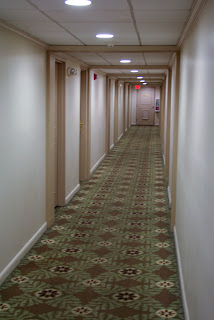 Just in case the spirits only showed up in photos, I did snap a view photos around the hotel. They apparently didn't hang out in the hallway leading to the ice machine. 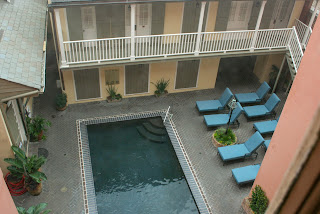 They also don't seem to use the pool, either. But then again it was raining a lot and wasn't very warm. 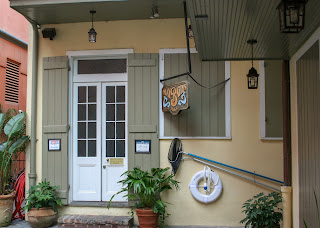 Many of the reported sightings were in May Bailey's, the hotel bar named after the Madame who ran the brothel at the sight. If there were ghosts, they were locked in the bar, because it was closed for renovations. The temporary bar was in the room off from the pool used to provide a continental breakfast in the morning (which was basically just stale bagels). The temporary bar also seemed to only use plastic cups. So maybe I am on to something when I conjecture about plastic cups being a turn off for ghosts. What fun would it be to levitate and plastic cup or know if off the shelf. You'd think it was likely just the wind. 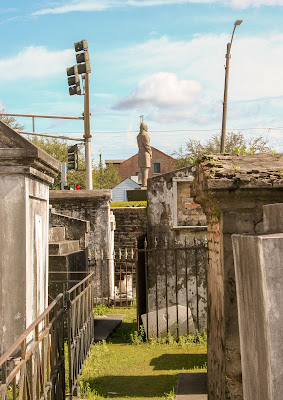 Since I couldn't find any ghosts in my hotel, I went on a two-hour walking tour of City of the Dead Cemetery No. 1. It's main claim to fame is being the alleged burial place of Voodoo Queen Marie Laveau. The tour guide explained that if you turn around three times and say a wish out loud, Marie Laveau would grant you that wish. But if she did, you had to pay her something. I felt silly turning around three times in front of a bunch of strangers and blurting out a wish. I also wasn't sure how I would be able to pay Marie back after I left the cemetery. And the last thing I need is a dead Voodoo Queen pissed at me because I asked her for a favor and then didn't compensate her for it. 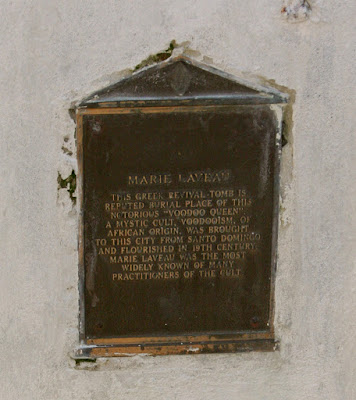 I didn't see any ghosts at Cemetery No. 1, either. I did experience something odd at MariLaveau's tomb. My digital camera suddenly stopped working. I just assumed the memory card was full. But after leaving the cemetery, it started working again. I suppose that could be a ghost story.

But though I didn't see any true apparitions,  I did see Nicolas Cage's empty pyramid tomb. 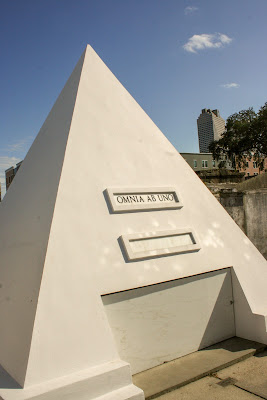 The eccentric actor purchased space for the odd tomb around 2010, supposedly to eventually occupy it. Though he has been quiet about his actual intentions. A tradition of leaving lipstick marks on the tomb has cropped up. The cemetery keepers keep painting over the marks because they want to preserve the dignity of the place (though they don't seem to put much effort into actually maintaining any of the tombs). Regardless, I didn't kiss Nicolas Cage's tomb, either. 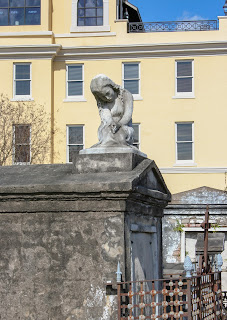 As we left the cemetery, the tour guide informed us that we should walk backwards through the gate so that no spirits followed us out. I backed out, foolish as I felt, because you never know. 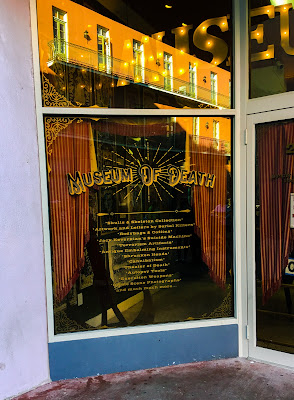 The most haunting place I did encounter in New Orleans was the Museum of Death a block or so down the street from my hotel. I passed by it and it seemed intriguing so I ponied up my $15 and visited it. I regretted the decision immediately after passing through the curtains to the exhibits. The entire place was a morbid tribute to serial killers and graphic autopsy photos. I left quickly. 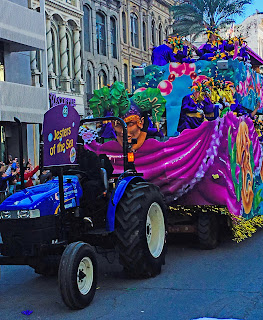 And so my time in New Orleans ended without seeing a single ghost. I did see several parades and caught my fair share of beads. 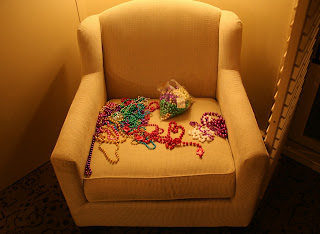 Ghosts or no ghosts. I love that city.