Walk into the light 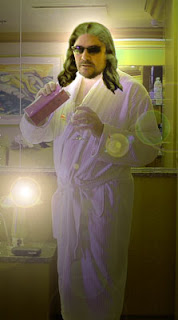 It is no longer dark when I stand at the station waiting for my morning train. I wish it was, because lately I've been on autopilot in the morning and sort of just want to sleep standing up while I wait for the train. It doesn't help that I've been listening to Moby's Long Ambients 2 album on my Calm meditation app. It was written to help you relax and sleep.

When the train finally arrives at 7:10 a.m., I am generally the first one through the second doors of the second car. It is less crowded than the first and last car and my favorite seat, one that doesn't require you to sit next to anyone, is usually open. My latest morning ritual is to grab the seat, swap my baseball cap for a stocking cap I keep in my backpack, remove my glasses and pull the stocking cap over my eyes. Then I settle back and let Moby sooth my commuting soul.

It is only a 25-minute commute. The last mile or so is through a vintage train tunnel under downtown Seattle that pops you out on the border of Pioneer Square and the International District. I usually pull off my stocking cap just as the train is pulling out of the tunnel and drifting by an acre of graffiti littered walls that face the train platforms. I rise and slip out of the door still listening to Moby and join the rest of the walking dead as we shuffle towards the stairs that rise from the train platform to the street level. 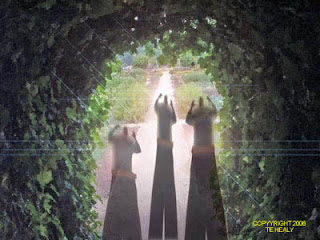 I pop out of the station entrance and head east toward my building. If the sun is not camouflaged by clouds, it is a bit disconcerting because I basically walk into blinding light and try to avoid the shadow people all around me also walking into the light. This morning it particularly struck me that we were all experiencing what Howard Camping had hoped would happen when he predicted the end of the world and the Rapture several years ago. It was all very surreal, especially with Moby providing the new age soundtrack for it all.

The big difference was that my final destination was my office on the eighth floor which is a bit shy of heaven. It's not even the top floor of the building. I do have a window and can see the tip of Mount Rainier on a clear day. But it's not even almost heaven like West Virginia (according to John Denver). I've never been to West Virginia, so I don't really know.

I attribute much of the rapture analogy to the dreams I've been having of late. Before Alexa woke me this morning I was having a post-apocalyptic dream about scavenging for provisions and shoving the remains of a large pizza into a shopping bag. I was also asking some guy at a counter if he could make me new glasses because I'd lost mine. He said no, but he had something similar. He then dug out a bunch of cardboard architectural models of what I think were train stations and told me to go to town. I spent a great deal of time trying to glue together a foam core model of a commuter train.

In retrospect, it doesn't sound very rapture like. But once you've woke up, it's hard to reconstruct a dream.

I blame much of this on daylight savings time. If the government would just quit messing with the artificial construct of time I'd be comfortably shrouded in the dark in the morning and not have any rapture analogies to be traumatized by.

And, "Walk into the dark," does have a nice ring to it. And it's probably more realistic.
Posted by Time at 9:12 AM