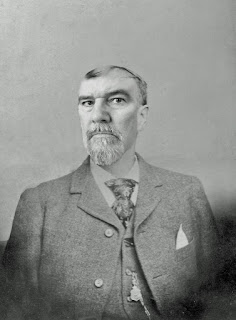 And so it is the year 2020. It doesn't feel much different than 2019...or 2018 for that matter. It's all arbitrary anyway. The calendar is an artificial construct we can blame on the Catholic church to try and give Christianity some credibility by artificially pinpointing when Jesus lived.If the calendar was real, the countdown would have begun when the earth was spit out of whatever star it came from.

Or the countdown would have begun when man's ancestors crawled out of the primeval ooze and started thinking.

But no, we are stuck with a couple of a thousand years plus two decades. And there is still bickering about this being the start of the second decade because there was no year "0." Give me a fucking break. Is that all people have to worry about?

I wonder, if the calendar had never been invented, would we age?

I imagine, though, that people would have just come up with other ways to parse out time. They would probably refer to events rather than years, like, "Yeah, Johnnie was born in the time cousin Ed got kicked in the head by a mule."

Regardless, now we are stuck with the calendar and clocks and aging. I am still startled every time I look in the mirror. My inside self isn't aging as fast as my outside self. My daughter was going through old photographs yesterday. There were the few photos taken during my childhood. I was struck by the black and white moments captured by my mother, primarily on holidays and when were camping. There were also the school pictures that highlighted the gradual transition from childhood to young adulthood.

Since it was more complex to take photos back then, the moments captured were further apart. Today, it seems like every moment is captured. So it is harder to see the impact of the calendar.

Facebook fucks with your brain by periodically dredging up memories of things you posted two, three or five years before. Since I mainly post photos of my kids, it tugs at my heart to see how quickly we lost the years when they were excited when Daddy was home. Now I am lucky to get a grunt of acknowledgement when I walk in the door.

But I suppose that is what measuring time is all about, acknowledging what is past and can never be again. Or acknowledging how much of time we repeat.

Over and over again.