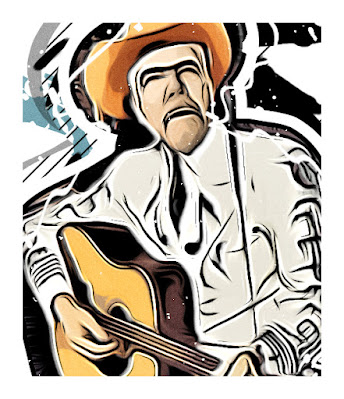 Country music singersHave always been a real close familyBut lately some of my kinfolksHave disowned a few others and meI guess it's becauseI kinda changed my directionLord, I guess I went and broke their family tradition

I grew up without a lot of family traditions. Oh, we did the usual things white lower middle class families do like decorate Christmas trees, carve jack o lanterns, eat turkey and dye Easter eggs. We had barbecues with the neighbors and occasionally celebrated birthdays together, but in retrospect, it was all generic.

My family didn't come from recent immigrant stock so we had no old country traditions. My grandmother's (my father's mother) furnishings didn't come over on a boat. It mainly came from Sears and Roebucks. Some of it is considered antique now, but none of it was handmade or anything but functional.

My mother came from a family with 12 children. There was basically nothing passed down. At least there was nothing material passed on. They were poor and barely had food to eat. At times they lived in a tent. So the only tradition they passed down was survival and very little talk about what had been a hard life.

A couple of my mom's sisters would bring their families over for select holidays. They had followed in their family traditions of having lots of kids. So I had (and have) more cousins than I can count. My own mother had stopped at three (and one half sister I didn't know about until years after my mother died). My father was an only child who discovered he was adopted after my grandmother died.

So I guess family secrets are part of my family tradition. But I think it falls more into the category of things that no one talked about. Like my mother's nephew (son of her oldest sister) whose wife killed their five year old son (who had been born just a day before me in the same hospital) with a shotgun. The mother then turned the shotgun on herself. She left behind twin babies who later had mental struggles of their own.

I had an uncle who lived with my grandmother much of his adult life. He stayed in his room much of the time and was convinced the Red Chinese were tunneling under the house to get him. I could never figure out why the Red Chinese would be targeting my uncle. He never had anything, though my mom bought him socks every year for Christmas.

I guess that is a tradition.

My own family's "traditions" were skewed by my mother's devotion to her Christian Science religion. She had been raised with no religion and had actually been introduced to Christian Science by my father's mother who was ironically raised Catholic.  Christian Science is a religion that promotes spiritual healing and frowns on its members going to doctors. I was raised never going to a doctor. Fortunately my mother allowed us to go to dentists and eye doctors. We just couldn't use anything resembling medicine. I don't recall whether the dentist I went to as a child used novocain on me or not. I hope they did, but the fact I can't remember could mean they didn't.

I grew up without any over the counter medications. My parents didn't drink coffee or alcohol. My mother's interpretation of the church wouldn't allow anything resembled medication. She wouldn't allow us to take those little dye pills they used to give out at school to teach us to brush our teeth better.

My mother also interpreted the church's philosophy that we were neither born nor could we die literally. This put a damper on birthday celebrations. My mom made it pretty clear that celebrating a birthday was a contradiction of church doctrine. Still she made us a cake. Though my older brother and I usually had to share one since his birthday was a day after mine.

Being a Christian Scientist wasn't a tradition that stuck with my brothers and I. I abandoned it when I was 16. I don't know when my brothers stopped going to church. I still don't have a religious bone in my body. But more oldest brother is a hard core religious right nut job. And my other brother goes to a more traditional church but makes up for it by being a hard core political right nut job.

I'm a liberal. So I rarely hear from either brother. It's become a tradition not to speak to each other.

Having no traditions to speak of is one of those things they teach us in anti-racism classes  that is the price we pay for accepting white privilege. I would rather have strong traditions of music, food, clothing and laughter.

I think that would be more of a privilege.