Coming soon to a Blog near you! 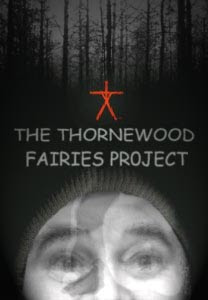 In March of 2006, an blogger disappeared in the garden of Thornewood Castle near Lakewood, Washington while snapping digital photographs...
A few days later, his digital photos were found.
What critics are saying about The Thornewood Fairies Project:

"Why are the photos so blurry?"
"I've read more interesting plots on the back of a cereal box..."
"It's rare that a generation is able to witness work of such magnitude (and this generation is still waiting."

The graphic images are coming soon to Dizgraceland...
.... but not tonight...Lost is on...I mean Scrubs.
Posted by Time at 7:12 PM

great photo Tim. The suspense is killing me.

This is better than Lost. You're a friggin genius, Tim.

Cherish, it won't be Deal or no Deal, but I hope it will be entertaining.

Thanks Shandi, the suspense is killing me as well - how do I make the next episode interesting... :(

You are on to me now, the michael, I'm manipulating the verification codes. Tim Edwin the Fair and Flatulent strikes a match yet again!