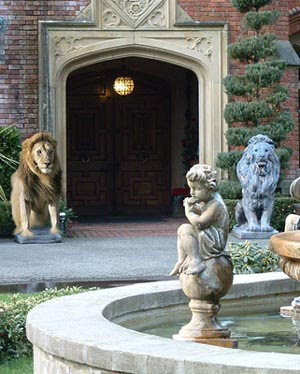 The other day I was riding my exercise bike to nowhere watching a documentary narrated by William Shatner about how the original Star Trek inspired many modern day inventions we now take for granted. Everything from communicators, tricoders and personal computers impressed young and talented minds exposed to the 1960s vintage television program and inspired inventions that mimic the science fiction of the program.

Star Trek was complete fiction written by people who had no scientific background. Even the warp drives they created to explain intergalactic travel are now inspiring physicists to calculate ways that warp speed could break the limitations of the speed of light. It is easy to conclude that the writers of Star Trek wouldn't have been able to create such imaginative and inspiring ideas if they had been limited by the contraints of scientific knowledge at the time.

I believe we create our own realities. And I am not talking about wishing something was so and "poof" it is. I'm talking about forging where were are today based on each step we take throughout our lives. If you aren't real happy with where you are, you need look no further than all of the decisions you made throughout your life to get you there. And if you made it to where you are, you can make it to somewhere different.

Okay, I know that coming from a cynic, this seems a bit naive and simplistic. Shit happens. But I do believe that when it does, the choices we make determine whether we wallow in it or climb out and take a shower.

But enough of the optimistic philosophical concept of creating our own reality. I really started out wanting to talk about literally creating your own reality. I am of course talking about my new religion of manipulating digital photographs. There is something really freeing for me to be able to have an idea, open up a digital image software program of my choice and create my own reality. With digital software, I can be anyone or thing I want. I can create a scene the way I imagine it as opposed to the way it was or I can merely improve the view of an almost ideal scene.

Is there not something godlike in being able to do this? And before you run in horror waiting for lightening to strike me, I am not suggesting that I am God. I am merely metaphorically suggesting there is something godlike in creating your own digital reality. I'm sure artists with a little bit of talent for drawing or painting have felt this power for centuries. Digital software just puts the power in the hands of the more artistically challenged amongst us.

Now the beauty of this all is that once you create the image of the reality you want, it is one step closer to being the reality that is. Just look at Star Trek?

But as you create your life you are God, with God and of God...and that just blows the minds of the Christian retentives who'd rather personify a deity and hang their baggage on some dude nailed to a cross who perhaps was simply brave enough to carry his own crap.

This reminds me of a line from a movie I just watched, "Artists use lies to create the truth." It is a powerful Godlike ability. Most allow their perception of reality to limit them, and go nowhere. You are a great artist Tim, with words as well as photoshop.

Shandi! Love the line! Thanks for the kind words. It's nice to hear from you. Did you sneak off to an Internet Cafe? :)

As far as the fireants are concerned, the guy with the ant killer IS God, if they were capable of recognizing a "higher" power. To my dog I am probably God, since I feed him and praise him when he's good and scold him when he's bad.
We UnChristians believe that God, or something akin to it, is within all of us, as well as everything surrounding us. Some of us even have access to certain things that some would consider "god-like", even though we don't consider the source devine.
You'll notice that God always seems to tell someone special things to turn around and tell the rest of us, without of course, backing him up. You'd be amazed what Bob will tell you if you just shut up and listen once in awhile.

That last sentence; don't take it the way it sounds.....I meant to apply that to Everybody....including myself.

Interesting point THE Michael, but for that matter, the ants could also think the guy with the ant poison is Satan.

I have always liked the Buddhist concept of everyone having a Buddha nature or Buddha self. God has never spoken to me no matter how quiet I have been. But occasionally he/she passes me notes. :)

Is that Thornewood Castle? Or was it until it was transformed into an alternate reality?

Honestly, some of the things you've imagined via photoshop--they should never see the light of reality. They would make even Gene Roddenberry role over in his grave, er..., space capsule. Whatever.

the image is really haunting - the lion's mane blowing in the wind so softly - and he really looks like he's stalking the cherub. yum yum yum. a cherub float!

Kristy, why yes, it is Thornewood Castle. I swear you should become a detective instead of stalking the police spokespersons. And considering some of the sock monkey creatures you've conjured up, I wouldn't talk.

Hayden, I didn't really think of the lion stalking the cherub. But I suppose if he is hungry, who am I to judge.

Interesting post. But hopefully the theory will never apply to your Girl with a Pearl Earring modification. The world is just not ready for that to become reality.

Lights,
You shouldn't be ashamed of your strange attraction to the girl with the pearl earring. Da Nile is not just a river in Egypt.

Okay, so I swear to Buddah, that I opened your blog while Mick was wailing "You can't always get what you want..." on The Mountain!!

Thanks Jane Poe, At first I thought you were talking about Mickey Ripped and I thought that really was a miracle. But it is still sychronicity that you were listening to Mick Jagger sing "You can't always get what you want," when you opened my blog. That's really cool!

I absolutely loved everything about it. I love that you always leave me with something to think about.

And thank you again Cherish! I'm glad you enjoyed it.